By mimicking the way star-nosed moles manage to “sniff” underwater, researchers are closing in on crafting an underwater “electronic nose” with gas sensors capable of detecting chemicals. 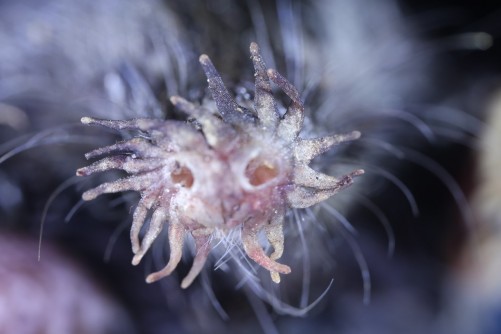 The nose of a star-nosed mole 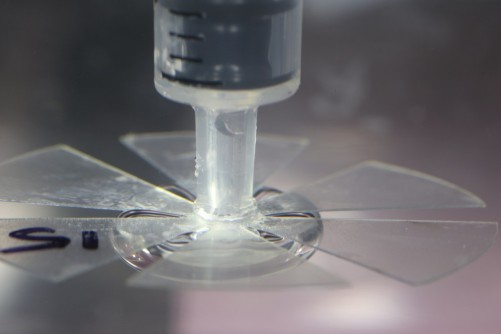 Bubbles rise through the gaps in the star to stay centered. 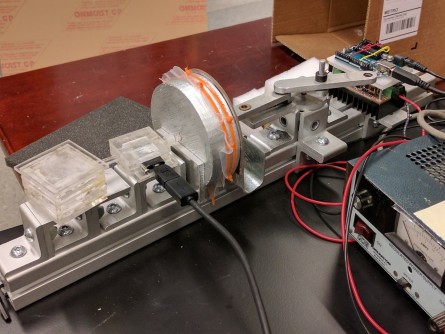 The group’s electronic nose, currently designed to sniff cheese, will soon be upgraded to sniff underwater.

Newswise — WASHINGTON, D.C., November 20, 2017 -- One of the world’s most bizarre-looking creatures, the star-nosed mole, has several unusual abilities. One of them is “sniffing” underwater by blowing bubbles and quickly re-inhaling them. But this little party trick isn't just for amusement; it’s meant to detect odors of its prey through the water.

The moles’ “star” nose features a ring of tiny, pink tentacles and is the most sensitive known touch organ of any mammal.

Alexander B. Lee, a doctoral student in physics at Georgia Institute of Technology, working with David Hu, a professor of mechanical engineering, will present his work exploring the star-nosed moles’ unusual underwater sniffing ability during the 70th annual meeting of the American Physical Society’s Division of Fluid Dynamics, Nov. 19-21, 2017, in Denver, Colorado. The work is part of an effort to craft an underwater “electronic nose” -- a device that houses gas sensors and also draws in odors -- to detect chemicals.

“We suspect that the ‘star’ nose on the mole plays a role in allowing its underwater sniffing,” said Lee.

To put this theory to the test, Lee and colleagues cut plastic stars using a laser and glued them onto syringes to measure the largest angle the plastic stars can be tilted before bubbles are released. The star’s “arms” act as an anchor, holding the bubbles in place, thanks to buoyancy forces between these arms that counter the effects of tilting.

“We found that the gaps in the star help keep the bubble centered on the syringe,” said Lee. “Buoyancy tries to pull the bubble up through each of the gaps in all directions. At the same time, surface tension keeps the bubble together. These opposing forces prevent the bubble from getting knocked off so that it can be sucked back in.”

These findings enabled the group to craft a “mole-inspired” underwater sniffing device that relies on the oscillation of bubbles to feed a metal-oxide chemical sensor, helping to bring machine olfaction a step closer to underwater applications.

The ultimate goal is to equip their electronic nose with gas sensors for underwater use because they offer an advantage over chemical sensors: No direct contact with the chemical source is required.

“Direct contact exposes the sensors to harsh chemicals, which causes damage to the system,” Lee said. “Gas sensors also last longer. It’s like the difference between sticking your tongue directly into an unknown chemical versus wafting the chemical toward your nose.”

More work is needed before the group’s electronic nose will be ready for detecting chemicals underwater, but they have made promising advances. They’ve built an electronic nose, designed to sniff cheese, that needs to be modified to sniff underwater.

“Currently, we know of three species of mammals capable of this type of underwater sniffing, but we expect that the behavior might be common among small semi-aquatic mammals,” Lee said. “Gaining a better understanding of what allows the star-nosed mole to sniff underwater may help direct us to other species with the same ability.” 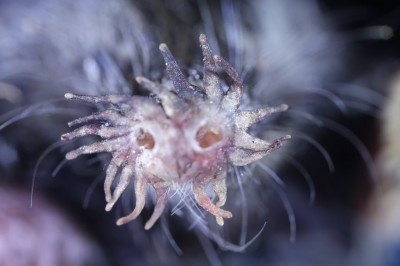 Caption: The nose of a star-nosed mole 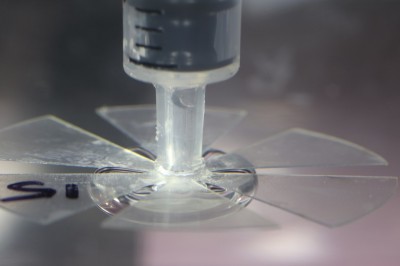 Caption: Bubbles rise through the gaps in the star to stay centered. 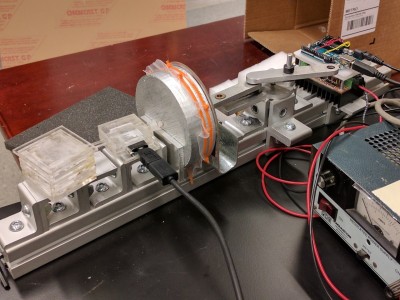