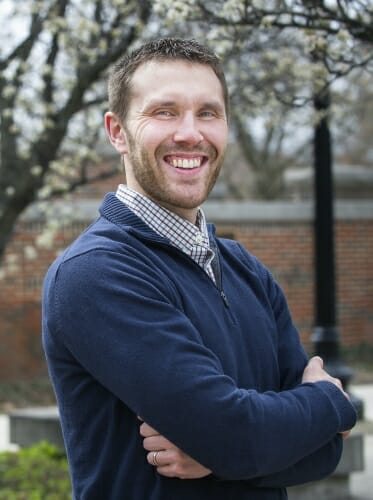 Newswise — MADISON — Crime rates among undocumented immigrants are just a fraction of those of their U.S.-born neighbors, according to a first-of-its-kind analysis of Texas arrest and conviction records.

With new access to Texas’ computerized criminal history data for more than 1.8 million arrests over six years, UW–Madison sociology professor Michael Light and co-authors Jingying He and Jason Robey — who were both UW–Madison graduate students — were able to directly calculate the rates at which U.S.-born citizens, legal immigrants and undocumented immigrants were arrested for a range of felony offenses.

Previous studies, including others published by Light, have drawn similar, though less direct, conclusions. These studies were limited to comparing crime rate trends to immigration trends, because records matching crimes to the immigration status of perpetrators weren’t available.

“It’s like asking if crime rates rise when unemployment goes up. That’s not the same as asking if unemployed people commit more crimes,” says Light, who led the new study. “Those are related questions, but not the same question.”

One of the reasons Texas keeps such fine-grained records on offenders is the federal government’s Secure Communities Program, which mandates sharing information on immigration status and is pitched as a way to deport criminals before they can commit more crimes in the United States

But at least two independent studies suggest Secure Communities didn’t have any effect on crime rates, according to Light, despite deporting more than 200,000 people in its first four years.

“If the plan was to make communities safer, to reduce the likelihood of, say, a felony violent assault in these communities through deportation, it did not deliver on that promise,” Light says. “Our results help us understand why that is. The population of people we deported simply were not a unique criminal risk. Removing them isn’t going to make you all that safer.”

“They have a tremendous incentive to avoid criminal wrongdoing. The greatest fear among undocumented immigrants is getting in legal trouble that leads to deportation,” says Light, whose work is supported by the National Science Foundation and National Institute of Justice.

Another factor at work may be that immigration, especially illegal entry into the U.S., is not easy. It attracts people with particular motives.

“There’s lots of opportunity to commit crimes in Mexico and Venezuela and other places people are emigrating from,” Light says. “The argument is that many people who want to immigrate are selected on attributes like ambition to achieve, to find economic opportunities, and those types of things aren’t very highly correlated with having a criminal propensity.”

The researchers repeated their crime-rate analysis with subtle shifts in data — using convictions instead of arrests, misdemeanors in addition to felonies, size estimates of undocumented immigrant populations from both the Pew Research Center and the Center for Migration Studies.

The much lower crime rates for undocumented immigrants remained in each case, results Light thinks should be useful in immigration policymaking.