UNF Business Professor Takes Madness out of the Month 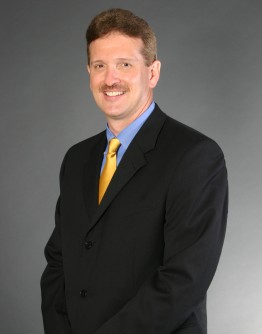 Dr. Jay Coleman, the Richard deRaismes Kip Professor of Operations Management and Quantitative Methods in the Coggin College of Business at the University of North Florida and self-professed sports fanatic

Newswise — With the NCAA Men’s and Women’s Basketballl Tournaments tipping off soon, brackets and bubble-busters are reaching a fever pitch. Dr. Jay Coleman, the Richard deRaismes Kip Professor of Operations Management and Quantitative Methods in the Coggin College of Business at the University of North Florida, and self-professed sports fanatic is trying to take some of the madness out of the month with his “Dance Card” Method for determining NCAA March Madness brackets, also known as “bracketology.”

The Dance Card is a formula designed to predict which teams will receive at-large tournament bids from the NCAA Tournament Selection Committee, and the formula has correctly predicted 108 of 110 at-large bids over the last three years combined, an impressive 98 percent accuracy rate. Below are some points that he can discuss.

•About 15 years ago, he developed a statistical formula to predict which college basketball teams will receive at-large bids to the NCAA Tournament. That formula, which we call the Dance Card (as the NCAA Tournament is commonly referred to as the “Big Dance”), is now in its third version.

•The formula also identifies the factors that are most highly related to whether a team gets a bid from the selection committee, and the weight that the committee apparently places on those factors. This is a distinct advantage the formula has over the predictions of basketball experts, even very good ones.

•Many of the factors that are commonly discussed in the media have nothing to do with whether a team gets a bid.

•Other important factors are quite surprising. For example, he found that the committee’s decisions are more strongly related to the pre-2005 version of the Rating Percentage Index (or RPI, a widely discussed metric devised by the NCAA to rank and categorize teams), than they are to the version that’s been in use since 2005. And yet essentially all discussion of prospective at-large teams refers only to the recent version.

•The Dance Card can identify the probability that a given team will get an at-large bid, and can easily do so for every team in the country.

•The formula is capable of accurately predicting at-large bids without ever watching a single game, and can do so in seconds. Thus, its ranking can be easily updated on a regular basis. Daily updated rankings according to the formula can be found at www.DanceCard.unf.edu. As evidence of the widespread interest in the formula and in the at-large bids themselves, the site has received hits from 92 countries just during the last couple seasons.

•The formula is an example of the power of predictive analytics, and the advantages such methods hold for improving and assessing managerial decisions in a multitude of organizations.

Coleman is actively involved in research primarily focused on predictive and prescriptive analytics, often with applications in sports. His previous research on issues in college basketball, college football, major league baseball and the NBA has been published in numerous publications, including Interfaces, Industrial Relations, Managerial and Decision Economics, Journal of Sports Economics and the Journal of Quantitative Analysis in Sports, to name a few, and has been featured by several media outlets, like the the Wall Street Journal, Forbes, CNN, CNBC, USA Today, Sports Illustrated, and ESPN: The Magazine.