26-Nov-2018 5:05 AM EST, by Uniformed Services University of the Health Sciences (USU)
favorite_border

Newswise — Bethesda, MD -- The highest honor given by the North Atlantic Treaty Organization (NATO) for medical support was bestowed upon the Uniformed Services University of the Health Sciences, part of the U.S. Department of Defense, Nov. 21 at NATO headquarters in Brussels, Belgium.

The 2018 Dominique-Jean Larrey Award is presented each year by the NATO’s Committee of Chiefs of NATO Medical Services (COMEDS) to an individual or entity that has “demonstrated exceptional performance with regarding to the development of multi-nationality and/or interoperability or to improvements in the provision of health care in NATO missions within the areas of military medical support or military healthcare development,” according to Royal Canadian Medical Service Major General Jean-Robert Bernier, COMEDS chair.

COMEDS is the senior committee for medical care within NATO.  It acts as the central point for the development and coordination of military medical matters and for providing medical advice to the NATO Military Committee.  COMEDS is composed of the Surgeons General of NATO and partner nations, along with the senior medical authorities of the NATO command structure and support medical organizations, including the Surgeon to the U.S. Joint Chiefs of Staff.

USU was nominated for the award based on its consistent and extensive contributions, over several decades, to the enhancement of NATO multi-nationality and interoperability through its support to COMEDS Working Groups and Panels and STO HFM activities.  The University was also recognized for its contributions to improvements in health care for NATO forces and missions through research, innovation, analysis, education and training, knowledge translation, and support to operations.  The nomination was unanimously supported by all allied Surgeons General on the Award Advisory Committee.

“The USU doesn't often get the flashy news headlines as do other U.S. operational or clinical organizations, but many of us know it for its constant cumulative contributions to NATO's medical capabilities since long before COMEDS was even established in 1993 -- contributions that have had a far greater and longer-lasting impact than most other institutions. It's possibly the western Alliance's and the world's most comprehensive repository of military medical knowledge,” said Bernier.

The Dominique-Jean Larrey Award is named after Napoleon's famous Surgeon General who introduced several medical and humanitarian innovations for battlefield health care, whose practice of treating all casualties with equal regard and without national distinction preceded the Geneva Conventions by many decades, and who was admired by Napoleon and by the leaders of the allied forces opposing him. The award consists of a certificate and a framed reproduction of Louis Lejeune’s painting of Baron Larrey tending the wounded at the Battle of Moscow on Sept. 7, 1812.

“It is our great honor to receive the Larrey Award.  NATO was established in 1949 to assure the mutual defense of its member nations.  Our partnership with NATO has led to remarkable advances in battlefield medical care and historic survivability rates for our combat wounded,” said USU Dr. President Richard W. Thomas.  “USU has leveraged these same foundational concepts in partnership with our NATO allies to transfer battlefield medicine lessons-learned to our training base, ensuring that we share medical knowledge as we educate and train the next generation of military healthcare professionals.  As the first U.S. organization to be so recognized, this is a true acknowledgment of the value our University brings to military medicine.”

The Uniformed Services University of the Health Sciences (USU), founded by an act of Congress in 1972, is the academic heart of the Military Health System. USU students are primarily active-duty uniformed officers in the Army, Navy, Air Force and Public Health Service who receive specialized education in tropical and infectious diseases, TBI and PTSD, disaster response and humanitarian assistance, global health, and acute trauma care. A large percentage of the university alumni are supporting operations around the world, offering their leadership and experience. USU’s graduate programs in biomedical sciences and public health are committed to excellence in research and oral biology. The university’s research program covers a wide range of clinical and basic science important to both the military and public health.  For more information, visit www.usuhs.edu. 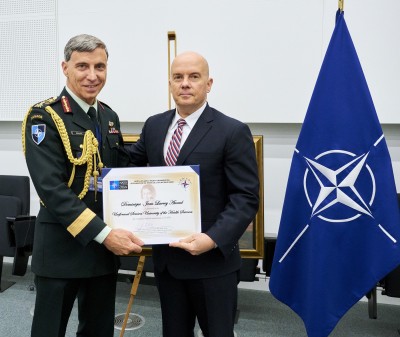 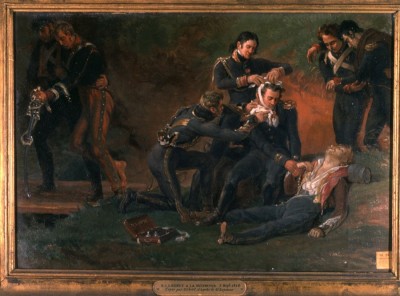