Redlands leapt into the top five among small colleges in 2018. A total of 286 alumni have traveled abroad to serve in the Peace Corps. 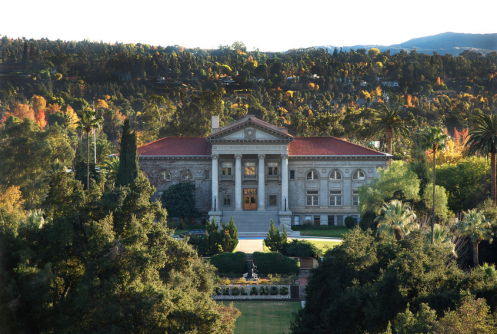 Newswise — REDLANDS, February 26, 2018 – The Peace Corps announced this week that the University of Redlands ranked No. 4 among small schools on the agency’s 2018 Top Volunteer-Producing Colleges and Universities list. There are 14 Bulldogs currently volunteering worldwide.

Redlands leapt into the top five among small colleges in 2018. A total of 286 alumni have traveled abroad to serve in the Peace Corps.

U of R Alumna Sherry Manning ’05 spent two years as a Peace Corps volunteer in the Philippines. “I always like to say that the Philippines chose me, because I had such an amazing experience and really consider it a second home.” While there, Manning learned that indigenous farmers were losing the right to plant their own seeds because corporations were slowly patenting food stocks globally. Inspired by her host family, who operated a space that educated farmers on the environment, she founded Global Seed Savers, a nonprofit organization supporting organic farmers and environmental conservation programs throughout the Philippines.

“I thought a seed bank was a great way to support farmers and teach them how to return to the historical practice of saving their own seeds,” Manning said. “It’s all about returning the power of our food system to the people.”

Manning began operating Global Seed Savers full-time in 2015, and has now helped educate more than 1,000 Filipino farmers. The organization has helped launch a farmers’ association and seed library in the community where she first served in the Peace Corps.

“If you’re an undergraduate student at the University of Redlands, service is part of your journey here so extending that beyond graduation seems natural,” said U of R Director of Community Service Learning Tony Mueller. “Whether it’s AmeriCorps, Teach for America, The Peace Corps or other post-graduate service experiences, University of Redlands students want to be a part of solutions. The seeds of that service journey are first taught at home and nurtured right here in Redlands.”

“Peace Corps service is a profound expression of the idealism and civic engagement that colleges and universities across the country inspire in their alumni,” said Acting Peace Corps Director Sheila Crowley. “As Peace Corps volunteers, recent college and university graduates foster capacity and self-reliance at the grassroots level, making an impact in communities around the world. When they return to the United States, they have new, highly sought-after skills and an enterprising spirit that further leverages their education and strengthens their communities back home.”

The Peace Corps ranks its top volunteer-producing colleges and universities annually according to the size of the student body. View the complete 2018 rankings of the top 25 schools in each category here and find an interactive map that shows where alumni from each college and university are serving here.