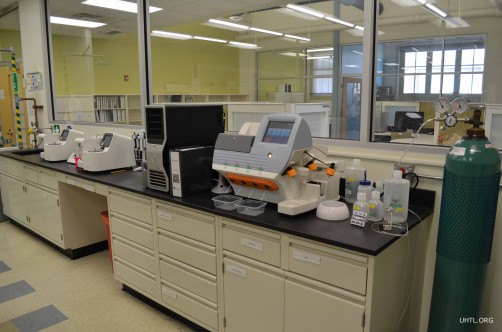 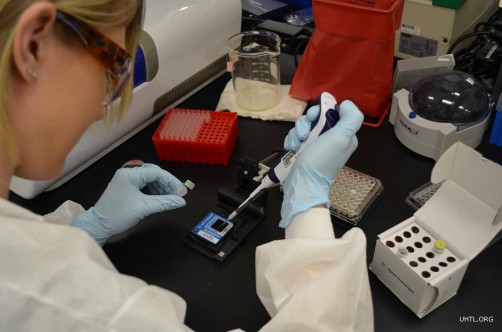 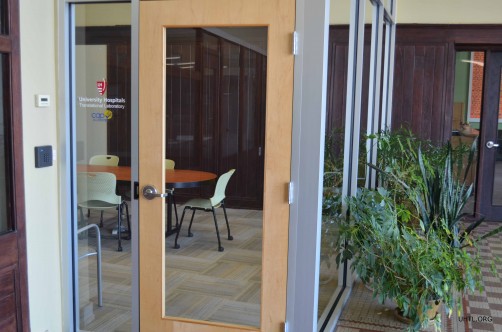 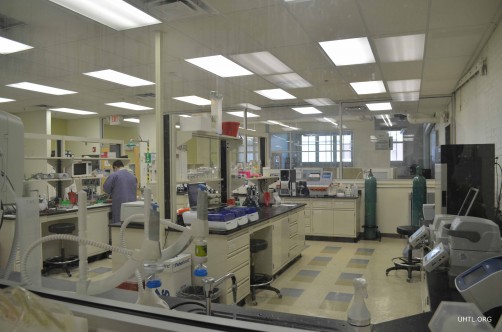 Biosafety Level 1 laboratory at the UHTL.

The HIV assays provide a platform of diagnostic tests used by physicians and researchers to monitor the success of anti-HIV treatment by determining drug resistance and the ability of the virus to infect different cells within the patient. The HIV assays also can be used by academic and corporate researchers to develop novel strategies to block HIV replication.

In July 2011, UH Case Medical Center created the UHTL with the goal of advancing and further developing new molecular diagnostic methodologies originally conceived in the academic and clinical laboratories at UH Case Medical Center and Case Western Reserve. UHTL’s main objective is to facilitate the development of translational research into commercial assays or products, including characterization, verification, and validation in a College of American Pathologists and Clinical Laboratory Improvement Act (CAP/CLIA) certified environment under a Good Laboratory Practice (GLP) framework.

The UHTL occupies 4,200 sq.ft. of office and laboratory space, including BSL-2+, in the Baker Electric Building (MidTown, Cleveland, OH) and was recently CAP accredited. The first series of cell-based and molecular HIV diagnostic tests will be offered by the UHTL during the second quarter of this year.

“The UHTL has provided us with an exciting opportunity to develop new molecular diagnostic tests, and the collaboration of Drs. Quiñones-Mateu and Arts has been particularly fruitful for developing these new tests that will benefit patients by allowing individually targeted selection of therapies for HIV infection,” said Clifford V. Harding, MD, PhD, the Joseph R. Kahn, MD Professor of Pathology and Chair of Department of Pathology, Case Western Reserve and UH Case Medical Center.

“A personalized, four-in-one integrated assay has been launched to provide a highly advanced way to ensure optimal care for HIV infected patients. New collaborations between Case Western Reserve and UH are in process to provide enhanced care for patients with hepatitis and cancer,” said Dr. Arts.

“The UHTL allows UH Case Medical Center to remain on the leading-edge of molecular diagnostic testing. It clearly demonstrates our commitment to our mission: ‘To heal, To teach and To discover,” said Ronald E. Dziedzicki, Chief Operating Officer at UH Case Medical Center. “This new capability will clearly benefit patients with HIV infection in a more targeted manner, thereby impacting the quality of their life. UHTL also provides a platform to assist with the movement of other new and novel testing modalities from a concept to reality. The establishment of this lab and new testing modalities also demonstrates the value of the relationship between UH Case Medical Center and Case Western Reserve University and our quest to improve patient care with new leading edge technologies.”

Dr. Quiñones-Mateu joined UH Case Medical Center as Scientific Director of the UHTL after leading the technical and commercial development of novel molecular and cell-based HIV diagnostic tests at Diagnostic Hybrids, Inc., A Quidel Company. “Our HIV phenotypic VIRALARTS - TM HIV and VERITROP - TM) assays and the novel all-inclusive HIV genotyping and coreceptor tropism test (DEEPGEN - TM HIV) based on next-generation sequencing will allow us to enhance the care and treatment of HIV-infected individuals not only in Northeast Ohio but nationally as well as worldwide.

DEEPGEN - TM HIV is a first-in-class assay based on the latest technology developed to rapidly detect variants and mutations in any given genome with high sensitivity. Current tests are able to detect drug resistant viruses with a sensitivity of 20 percent, while DEEPGEN - TM HIV is able to detect these mutant viruses at frequencies as low as 1 percent. This will give the opportunity to the physicians to "see" the mutant viruses many months in advance and decide whether or not change the treatment before the patient begins to fail HIV therapy.

According to Quiñones-Mateu, “With the collaboration of Dr. Christine Schmotzer, UHTL Medical Director and Assistant Professor of Pathology at the School of Medicine, we are ready to introduce our unique products and services to HIV physicians, pharmaceutical drug companies developing the next generation of effective drugs, and national laboratory service organizations that interact with both groups.”###

About University HospitalsUniversity Hospitals serves the needs of patients through an integrated network of hospitals, outpatient centers and primary care physicians. At the core of our health system is University Hospitals Case Medical Center. The primary affiliate of Case Western Reserve University School of Medicine, University Hospitals Case Medical Center is home to some of the most prestigious clinical and research centers of excellence in the nation and the world, including cancer, pediatrics, women's health, orthopedics and spine, radiology and radiation oncology, neurosurgery and neuroscience, cardiology and cardiovascular surgery, organ transplantation and human genetics. Its main campus includes the internationally celebrated UH Rainbow Babies & Children's Hospital, ranked among the top children’s hospitals in the nation; UH MacDonald Women's Hospital, Ohio's only hospital for women; and UH Seidman Cancer Center, part of the NCI-designated Case Comprehensive Cancer Center at Case Western Reserve University. University Hospitals Case Medical Center is the 2012 recipient of the American Hospital Association – McKesson Quest for Quality Prize for its leadership and innovation in quality improvement and safety. For more information, go to www.uhhospitals.org

About Case Western Reserve University School of Medicine Founded in 1843, Case Western Reserve University School of Medicine is the largest medical research institution in Ohio and is among the nation’s top medical schools for research funding from the National Institutes of Health. The School of Medicine is recognized throughout the international medical community for outstanding achievements in teaching. The School’s innovative and pioneering Western Reserve2 curriculum interweaves four themes--research and scholarship, clinical mastery, leadership, and civic professionalism--to prepare students for the practice of evidence-based medicine in the rapidly changing health care environment of the 21st century. Eleven Nobel Laureates have been affiliated with the school.

Annually, the School of Medicine trains more than 800 MD and MD/PhD students and ranks in the top 20 among U.S. research-oriented medical schools as designated by U.S. News and World Report’s “Guide to Graduate Education.” 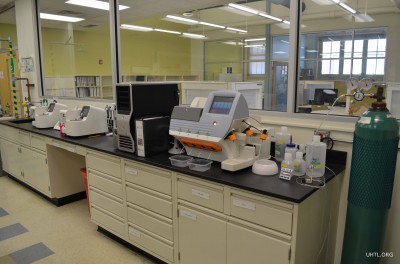 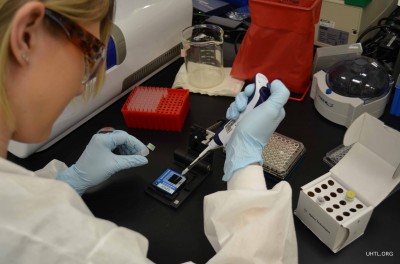 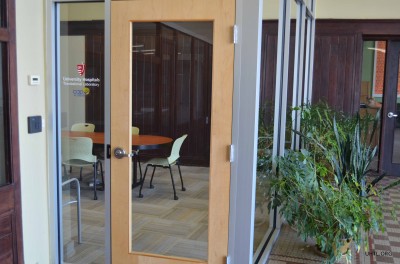 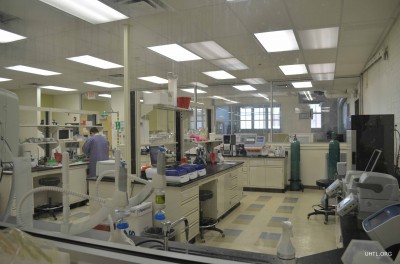