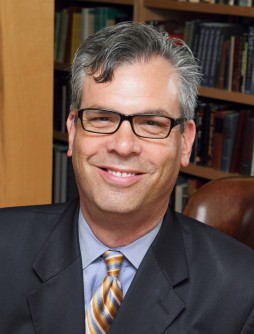 Newswise — WACO, Texas (Feb. 8, 2017) – The establishment of university-affiliated incubators is often followed by a reduction in the quality of university innovations, according to a new study co-authored by a Baylor University entrepreneurship professor.

The study, published in Strategic Entrepreneurship Journal, analyzed nearly 56,000 patents granted from 1969-2012 to U.S.-based, research-intensive universities that have established incubators. Business incubators offer office and laboratory space, support facilities, coaching and networking for prospective entrepreneurs. About half of the incubators in the U.S. are on a university campus, or otherwise sponsored by a university.

All of the 60-plus universities studied are members of the Association of American Universities. On average, researchers found “a strong negative association between the establishment of an incubator and the quality of patents produced subsequently by that university,” according to the study.

“Not only do university attempts to encourage innovation and entrepreneurship by incubating businesses seem to reduce the quality of subsequent scientific and technical innovations, but they also appear to reduce the income generated by innovative activities,” researchers wrote.

Baylor’s Peter Klein, Ph.D., professor of entrepreneurship and senior fellow in the Baugh Center for Entrepreneurship and Free Enterprise, explained that the study focused on the quality – not quantity – of the patents. Innovation quality was tested by looking at the university patents and their “forward citations” – the number of times these patents were cited in the bibliographies of subsequent patent applications.

“For example, if I had a patent in 2005, how many future applications cited my patent? If the answer is none, then the thing I patented probably didn’t stimulate new research in that area. It’s not as ‘foundational’ as a patent that was cited in a bunch of future applications,” Klein said. “My patent would not be considered highly innovative.”

Forward citations, Klein said, are a standard measure of market value for a patent.

Klein said universities often create incubators under the pressures of reduced public funding for academia and increased pressure for public accountability. But does this move toward economic development and income generation come at a cost?

“We’re testing the hypothesis, and we’re finding some empirical support, that maybe investments in business incubation come at the cost of less investment or less activity or less of an emphasis on other things that universities can do that are related to innovation and entrepreneurship,” Klein said.

The study shows that incubators are competing against other academic innovation activities for integral resources – personnel, money, lab space, etc. The net result of that competition may be a dilution of innovation.

Research universities are complex organizations trying to accomplish many goals at the same time, Klein said. The increased focus on commercialization – getting research from the lab into industry, helping faculty and students start new companies – may come at the expense of other activities, including basic research, which universities and their stakeholders often consider important.

Does this study show that university incubators don’t have value?

“To be clear, our results do not imply that incubators destroy value, as university incubators serve many purposes, educational as well as commercial,” the study says. “This is a point worth emphasizing as ultimately, the net economic effect of incubators is the variable of interest. The presence of an incubator may attract particular kinds of faculty and students, enhance the prestige of the university, generate economic multiplier effects and benefit the community as a whole.”

ABOUT HANKAMER SCHOOL OF BUSINESSBaylor University’s Hankamer School of Business provides a rigorous academic experience, consisting of classroom and hands-on learning, guided by Christian commitment and a global perspective. Recognized nationally for several programs, including Entrepreneurship and Accounting, the school offers 24 undergraduate and 13 graduate areas of study. Visit www.baylor.edu/business and follow on Twitter at twitter.com/Baylor_Business.