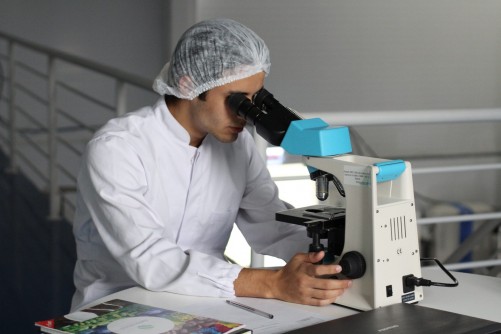 Newswise — BALTIMORE, MD, Feb. 11, 2019 – University of Maryland School of Medicine (UMSOM) surgeons have identified a group of lymph nodes in the chest that appear highly significant in predicting the prognosis for patients with malignant pleural mesothelioma – a deadly cancer of the chest lining that is usually caused by asbestos.

The researchers found that the presence of cancer in these lymph nodes increased the risk of recurrence or death more than two-fold in patients undergoing surgery for mesothelioma, according to new research presented recently at the Society of Thoracic Surgeons (STS) annual meeting in San Diego, Calif.

In 7 percent of the patients in the study, the posterior intercostal lymph nodes – a part of the body’s lymphatic system that drain the spaces between the ribs – were the only nodes that showed evidence the cancer had spread, or metastasized. They are not normally considered in staging the cancer or removed during surgery.

“These nodes warrant further investigation, including non-operative techniques to identify them and factor them into treatment decision-making,” says Joseph S. Friedberg, MD, the Charles Reid Edwards Professor of Surgery and Head of the Division of Thoracic Surgery at UMSOM. Dr. Friedberg is also Thoracic Surgeon-in-Chief of the University of Maryland Medical System (UMMS).

“Although larger studies are needed, we believe that these lymph nodes should routinely be removed during any surgery with therapeutic intent for malignant pleural mesothelioma, especially as they may be the only lymph nodes to harbor metastatic disease,” says Dr. Friedberg, who also is the director of the Mesothelioma and Thoracic Oncology Treatment and Research Center at UMSOM. The center is part of the University of Maryland Greenebaum Comprehensive Cancer Center (UMGCCC).

This is the first study to assess the importance of this group of lymph nodes on survival in malignant plural mesothelioma (MPM) patients who undergo surgery. Lymph nodes play a critical role in how oncologists stage cancers and determine prognosis and treatment.

MPM is an incurable cancer, most commonly caused by exposure to asbestos. Patients treated with chemotherapy alone, the standard of care, typically live only 12 to 18 months. In the United States, 2,000 to 3,000 patients are diagnosed with MPM each year.

Dr. Friedberg has pioneered the use of lung-sparing surgery to treat MPM and has published research that showed that patients who had this surgery, plus photodynamic therapy and chemotherapy, had a median survival of nearly three years, with a subset of patients living longer than seven years,

In this study, Dr. Friedberg and his colleagues removed the posterior intercostal lymph nodes in 56 patients who took part in a lung-sparing surgery clinical trial. Forty-eight percent of the patients were found to have cancer in these nodes, including the 7 percent who had no cancer in any other lymph nodes. After adjusting for multiple variables, “intercostal nodes remained associated with a 2.5-fold elevated risk of progression and a 2.3-fold elevated risk of death,” the research team concluded.

Now in its third century, the University of Maryland School of Medicine was chartered in 1807 as the first public medical school in the United States. It continues today as one of the fastest growing, top-tier biomedical research enterprises in the world -- with 43 academic departments, centers, institutes, and programs; and a faculty of more than 3,000 physicians, scientists, and allied health professionals, including members of the National Academy of Medicine and the National Academy of Sciences, and a distinguished recipient of the Albert E. Laser Award in Medical Research. With an operating budget of more than $1 billion, the School of Medicine works closely in partnership with the University of Maryland Medical Center and Medical System to provide research-intensive, academic and clinically-based care for more than 1.2 million patients each year. The School has over 2,500 students, residents, and fellows, and more than $530 million in extramural funding, with most of its academic departments highly ranked among all medical schools in the nation in research funding. As one of the seven professional schools that make up the University of Maryland, Baltimore campus, the School of Medicine has a total workforce of nearly 7,000 individuals. The combined School and Medical System (“University of Maryland Medicine”) has an annual budget of nearly $6 billion and an economic impact more than $15 billion on the state and local community. The School of Medicine faculty, which ranks as the 8th highest among public medical schools in research productivity, is an innovator in translational medicine, with 600 active patents and 24 start-up companies. The School works locally, nationally, and globally, with research and treatment facilities in 36 countries around the world. Visit medschool.umaryland.edu/