1-Sep-2016 9:00 AM EDT, by University of Minnesota College of Science and Engineering Edit Institution
favorite_border 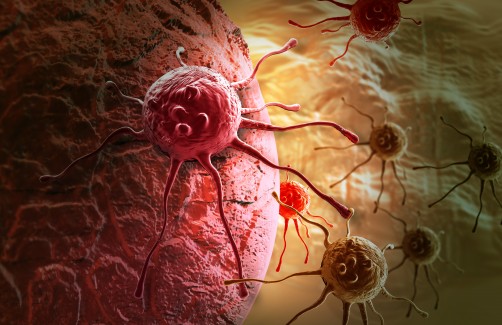 Understanding how live cancer cells move through the body and spread cancer is important in developing personalized therapies for patients, especially those with the most deadly types of cancer.

Newswise — MINNEAPOLIS/ST. PAUL (09/01/16) – The National Cancer Institute (NCI) awarded the University of Minnesota an $8.2 million Physical Sciences in Oncology Center (PS-OC) grant over the next five years to develop a cell migration simulator that will predict how cancer cells spread in the body leading to invasion and metastasis.

Researchers involved are from the University of Minnesota’s College of Science and Engineering, Academic Health Center, and Masonic Cancer Center, with partners at Cleveland Clinic and Mayo Clinic.

Understanding how live cancer cells move through the body and spread cancer is important in developing personalized therapies for patients, especially those with the most deadly types of cancer. Researchers will combine engineering and medical approaches to understand the fundamental mechanics and chemistry of how cells create forces to move through complex and mechanically challenging tumor microenvironments.

“Our cell migration simulator could help us personalize cancer treatments based on live cell measurements obtained from a patient’s own tumor cells,” said David Odde, Ph.D., a Department of Biomedical Engineering professor in the University of Minnesota’s College of Science and engineering and tumor microenvironment program researcher at the Masonic Cancer Center, University of Minnesota. “Just like there are different flight simulators used to ‘fly’ a Boeing 747, Cessna or Lear Jet, our simulator will categorize patients based on their individual cell mechanical parameters that allow their cancer cells to invade and metastasize.”

“The physical sciences, including engineering concepts and mathematical modeling, can offer tremendous new insight into the behavior of cancer cells including the process of invasion and metastasis,” said Largaespada. “These fields have traditionally not been incorporated very well into how we think about cancer. The new knowledge could lead to new methods for therapeutic intervention.”

A primary focus of the simulator will initially be on brain tumors and pancreatic cancer, but the principles potentially apply to many other cancers. University researchers say they will focus on these two cancers because they have an especially poor prognosis—the median survival is less than two years, with very few long-term survivors—and both cancers progress in large part due to cell migration.

In addition to research, this new effort will support an “Engineering in Oncology Fellows” program that will help the University of Minnesota recruit doctoral students to work in the emerging interdisciplinary area of cancer research using an engineering approach and train the next generation of cancer researchers.

The funding for this program is provided by National Institutes of Health (NIH) grant U54CA210190.