University of Redlands Expert: Let Someone Else Take the Photos—How to View the U.S. August 2017 Total Solar Eclipse 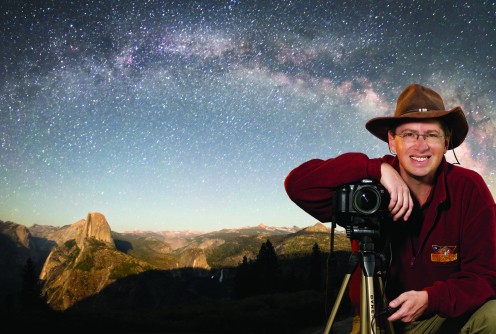 Credit: Courtesy of University of Redlands

Professor Tyler Nordgren is an expert on astronomy, astrophysics, eclipses, and the disappearing night sky.

University of Redlands astronomer and Professor of Physics Tyler Nordgren, Ph.D., is available to speak on the total solar eclipse that will be visible in large swaths of the United States on August 21, 2017.

“The last total solar eclipse to touch the continental U.S. was on February 26, 1979, when half the current U.S. population wasn't yet born,” said Nordgren in an NBC News piece, “I Was Robbed of My Eclipse Experience. Don’t Let That Happen to You.”

“It will take 90 minutes for the moon’s shadow to make the trip,” he said. “In that span of time, everyone within totality, including the tens of millions of Americans who live within a two-hour drive of the path and the untold number of eclipse-chasers visiting from all over the world, this will become the most photographed, tweeted, and instagrammed moment in human history—a day of shared awe and joy.”

Nordgren has taught astronomy at the University of Redlands since 2001, prior to which he was an astronomer at the United States Naval Observatory Flagstaff Station and Lowell Observatory. Since 2005, he has also worked with the U.S. National Park Service to promote astronomy education in U.S. national parks where the public can still see a natural nocturnal landscape.

A graduate of Reed College (B.A., physics) and Cornell University (M.S., Ph.D., astronomy), Nordgren is author of Sun Moon Earth: The History of Solar Eclipses from Omens of Doom to Einstein and Exoplanets (Basic Books, 2016) and Stars Above, Earth Below (Springer Praxis Books, 2011). He  is also a photographer and artist known for his work related to the night sky and national parks.

Nordgren has provided expert comments for the BBC, Wall Street Journal, Washington Post and many other media outlets.