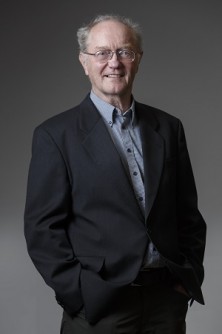 Newswise — SALT LAKE CITY)—The Association for Research in Vision and Ophthalmology (ARVO) has announced that University of Utah researcher Wolfgang Baehr, Ph.D., will receive the Proctor Medal —considered to be the highest honor in the world awarded to scientists working in vision research. The award will be presented to Baehr during the ARVO 2014 Annual Meeting in Orlando, Fla., scheduled for May 4 to 8. Baehr was chosen as the recipient of the Proctor Medal for his work in discovering mechanisms underlying retinal diseases. He will deliver a lecture titled “Membrane Protein Transport in Photoreceptors” in conjunction with the award on May 5. “This award is the top recognition of visual research in the country. It’s fitting that Dr. Baehr will be honored for the contributions he has made toward improving the understanding of retinal diseases,” said Randall J. Olson, M.D., CEO of the University of Utah’s John A. Moran Eye Center. “His work has far-reaching impacts for bettering the visual health of people around the world,” said Olson. Baehr joined the Moran Eye Center in 1995 as a Professor of Ophthalmology and Director of the Foundation Fighting Blindness Center. Baehr’s work has impacted the understanding of phototransduction and remained a cornerstone of photoreceptor biochemistry. He pioneered the application of molecular biology to phototransduction research by employing newly discovered technologies to sequence cDNAs encoding the proteins. He has made significant contributions to the understanding of the basic biochemistry, molecular biology and genetics of photoreceptors, as well as the molecular and genetic mechanisms of retina diseases. Since 1968, Baehr has published more than 170 manuscripts, book chapters, reviews and editorials.

The Proctor Medal was established in 1949 as the first ophthalmology-related award to honor non-clinicians in the field.ARVO is the largest eye and vision research organization in the world. Members include more than 12,500 eye and vision researchers from over 80 countries. ARVO encourages and assists research, training, publication and knowledge-sharing in vision and ophthalmology.