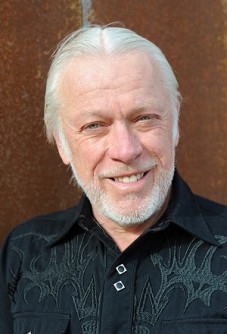 Newswise — Robert E. Marc, Ph.D., director of research at the University of Utah's John A. Moran Eye Center, has been named by the International Society of Eye Research (ISER) as the recipient of the Houston, Texas-based Retina Research Foundation’s 2014 Paul Kayser International Award in Retina Research.

The award recognizes lifetime achievement by a vision scientist who has made a significant contribution to the understanding of vitreoretinal diseases or disorders. The award is being presented this week at the ISER Biennial Meeting in San Francisco, where Marc will deliver a Plenary Lecture titled “Mapping Retinal Cells and Networks.”

“It is my very great pleasure to accept this award,” said Marc. “As an ex-pat Texan/Houstonian, the honor is even sweeter. My indebtedness to my colleagues in the vision community grows all the time.”

Marc is the distinguished professor of ophthalmology and holds the Calvin and JeNeal Hatch Presidential Chair in Ophthalmology at the University of Utah. He obtained a BSc with Honors at the University of Texas / El Paso (1971) under Jerry Hunter, and a PhD in Neuroscience at University of Texas / Houston (1975) under Harry Sperling, where they produced the first complete color maps of retinal cone arrays. Postdoctoral work with William Stell at UCLA launched a career-long interest in tracing neural pathways with molecular markers and electron microscopy, providing the first frameworks for neurochemically defined feedback systems in the retina. He joined the University of Texas /Houston as an assistant professor (1978), and became the Robert Greer Professor of Biomedical Sciences in 1986. At the University of Texas /Houston he explored retinal mapping via small molecule visualization and computational classification. In 1993 he joined the Moran Eye Center at the University of Utah. His work at Utah led to the development of computational molecular phenotyping and new probes of neuronal excitation. Using these techniques, he and Bryan Jones, PhD, provided comprehensive evidence for remodeling of the neural retina in retinal degenerations. Recently, fusing computational molecular phenotyping and electron microscopy allowed Drs. Marc, Jones, J.R. Anderson and J.S. Lauritzen to build the first 2 nm resolution retinal connectome. His research has been funded by the NIH since 1978.

Learn more about Marc's work by viewing this video: https://www.youtube.com/watch?v=6RgshBMyeHA