Research from NYU Langone provides a rare window onto a human microbiome unexposed to antibiotics and industrialized diets. 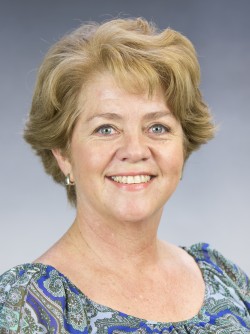 Newswise — April 17, 2015 – A multicenter team of U.S. and Venezuelan scientists, led by researchers from NYU Langone Medical Center, have discovered the most diverse collection of bodily bacteria yet in humans among an isolated tribe of Yanomami Indians in the remote Amazonian jungles of southern Venezuela.

By comparison, the microbiome of people living in industrialized countries is about 40 percent less diverse, the scientists estimate. The team reports its findings today in the journal Science Advances.

The results, the researchers say, suggest a link between modern antibiotics and industrialized diets, and greatly reduced diversity of the human microbiome—the trillions of bacteria that live in and on the body and are increasingly seen as vital to our health.

The Yanomami villagers of this study, who have subsisted by hunting and gathering for hundreds of generations, are believed to have lived in total seclusion from the outside world until 2009 when they were first contacted by a medical expedition. Among a rare population of people unexposed to modern antibiotics, the villagers offer a unique window onto the human microbiome.

“We have found unprecedented diversity in fecal, skin, and oral samples collected from the Yanomami villagers,” says Maria Dominguez-Bello, PhD, associate professor of medicine at NYU Langone Medical Center and the senior author of the study.

“Our results bolster a growing body of data suggesting a link between, on the one hand, decreased bacterial diversity, industrialized diets, and modern antibiotics, and on the other, immunological and metabolic diseases—such as obesity, asthma, allergies, and diabetes, which have dramatically increased since the 1970s,” notes Dr. Dominguez-Bello. “We believe there is something environmental occurring in the past 30 years that is driving these diseases. We think the microbiome could be involved.”

In the study, researchers analyzed bacterial samples collected and preserved from 34 of the 54 Yanomami villagers. Among the volunteers, 28 gave skin and oral swab samples, while 11 gave fecal samples. Bacterial DNA from the Yanomami was then compared to samples from populations in the United States, as well as samples from the Amazonian Guahibo Amerindians in Venezuela and residents of rural Malawian communities in southeast Africa. The latter communities represent tribal populations with more exposure to Western culture than the Yanomami.

“There is a gradient of diversity in feces and skin that is inversely proportional to exposure to antibiotics and processed foods,” says coauthor Jose Clemente, PhD, assistant professor of genetics and genomics at the Icahn School of Medicine at Mount Sinai. “Even minimal exposure greatly decreases diversity and removes potentially beneficial bacteria from our microbiome."

Among the Yanomami skin samples, the researchers found no single dominant taxonomic group of bacteria, in contrast to the U.S. skin samples, which showed lower diversity and relative high proportions of Staphylococcus, Corynebacterium, Neisseriaceae, and Propionibacterium.

A genetic analysis of gut and oral bacteria also revealed that the Yanomami villagers had bacteria containing genes coding for antibiotic resistance. The bacterial genes conferred resistance not only to natural antibiotics found in the soil but, surprisingly, to synthetic antibiotics as well.

“During the 1940s and 1950s, in the heyday of pharmaceutical antibiotic development, most antibiotics were derived from naturally occurring bacteria in the soil,” explains coauthor Gautam Dantas, PhD, associate professor of pathology, immunology, and biomedical engineering at Washington University School of Medicine. “So, we would expect that natural resistance to antibiotics would emerge over millions of years of evolution,” he says. “We didn’t expect to find resistance to modern synthetic antibiotics.”

The presence of resistance genes in microbiota unexposed to antibiotics may help explain the rapid rate at which bacteria develop resistance to new classes of antibiotics, notes Dr Dantas.

The researchers point out that the vast majority of human microbiome studies have focused on Western populations. Investigating microbiomes unexposed to processed diets and antibiotics, they say, can shed light on how the human microbiome may be changing in response to modern culture, and therefore help point to new therapeutics that can rehabilitate disease-causing imbalances in the human microbiome.

About NYU Langone Medical CenterNYU Langone Medical Center, a world-class, patient-centered, integrated academic medical center, is one of the nation’s premier centers for excellence in clinical care, biomedical research, and medical education. Located in the heart of Manhattan, NYU Langone is composed of four hospitals—Tisch Hospital, its flagship acute care facility; Rusk Rehabilitation; the Hospital for Joint Diseases, the Medical Center’s dedicated inpatient orthopaedic hospital; and Hassenfeld Children’s Hospital, a comprehensive pediatric hospital supporting a full array of children’s health services across the Medical Center—plus the NYU School of Medicine, which since 1841 has trained thousands of physicians and scientists who have helped to shape the course of medical history. The Medical Center’s tri-fold mission to serve, teach, and discover is achieved 365 days a year through the seamless integration of a culture devoted to excellence in patient care, education, and research. For more information, go to www.NYULangone.org, and interact with us on Facebook, Twitter, and YouTube.