Untreated Sleep Apnea May Be Related to Melanoma Aggressiveness 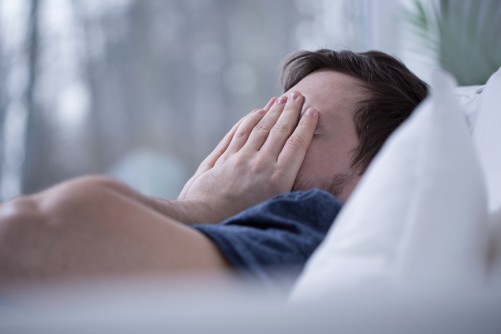 Patients diagnosed with most aggressive cancers had higher prevalence of OSA.

Newswise — ATS 2016, SAN FRANCISCO ─ Untreated severe obstructive sleep apnea (OSA) is associated with increased aggressiveness of malignant cutaneous melanoma, according to the first multicenter prospective study on the relationship between sleep-disordered breathing (apnea or hypopnea) and cancer. The new study, which involved researchers from 24 teaching hospitals that are part of the Spanish Sleep and Breathing Network, was presented at the ATS 2016 International Conference.

“This is the first large prospective multicenter study that was specifically constructed to look at the relationship between sleep apnea and a specific cancer,” said lead author Miguel Ángel Martinez-Garcia, MD, PhD, from the Hospital Universitario y Politécnico La Fe, Valencia, Spain. “While more research is needed, this study shows that patients in the study had markers of poor prognosis for their melanoma. It also highlights the importance of diagnosing and treating sleep apnea.”

The study involved 412 patients, average age 55.8, with confirmed cases of cutaneous malignant melanoma. The number of men and women in the study group was approximately equal. Dr. Martinez-Garcia and colleagues looked at a number of factors that indicated patients’ prognosis, including the Clark and Breslow indices, which, taken together, determine the stage of melanoma.

All patients underwent a sleep study, and patients previously treated with CPAP, a treatment to improve breathing during sleep, were excluded. The researchers found that patients diagnosed with the most aggressive cancers had higher prevalence and severity of obstructive sleep apnea. This relationship held true independent of age, gender, body mass index (BMI), skin type, sun exposure and other risk factors for melanoma.

The researchers chose to focus the study on melanoma for a number of reasons. Cutaneous melanoma can be easily observed and measured, and its aggressiveness determined using well- validated measures such as the Clark and Breslow indices. Members of the study group have also published a growth rate index for melanoma. In addition, earlier animal studies showed a link between melanoma growth and sleep apnea.

“Our findings have implications for both patients and physicians,” Dr. Martinez-Garcia added. “People who snore, frequently wake up at night or have daytime sleepiness should see a sleep specialist, especially if they have other risk factors for cancer or already have cancer. Physicians – especially dermatologists, cancer surgeons and medical oncologists – should ask their patients about potential sleep apnea symptoms, and refer them for a sleep study if they have these symptoms.”

Dr. Martinez-Garcia and colleagues plan additional research on this topic. The first study will examine these patients over time, in order to analyze other important variables such as melanoma relapse, mortality, resistance to treatment, development of a second melanoma or other cancers, and metastasis, including spread of the cancer to nearby lymph nodes (sentinel nodes). He also plans a multicenter/multinational study of patients with melanoma or other types of cancer, to examine the effect of long-term CPAP therapy on those also diagnosed with sleep apnea.

Rationale and Objective: Obstructive sleep apnea (OSA) has been associated with increased prevalence, incidence and mortality from cancer in large retrospective clinical and population-based series. However, we lack prospective studies involving specific cancer sites. The objective of this study was to analyze the relationship between sleep- disordered breathing (SDB) and some markers of aggressiveness of MCM in patients diagnosed of this skin cancer.

Severe markers of MCM aggressiveness were associated with a higher prevalence and severity of SDB independently of age, gender, BMI, skin type and solar exposure.