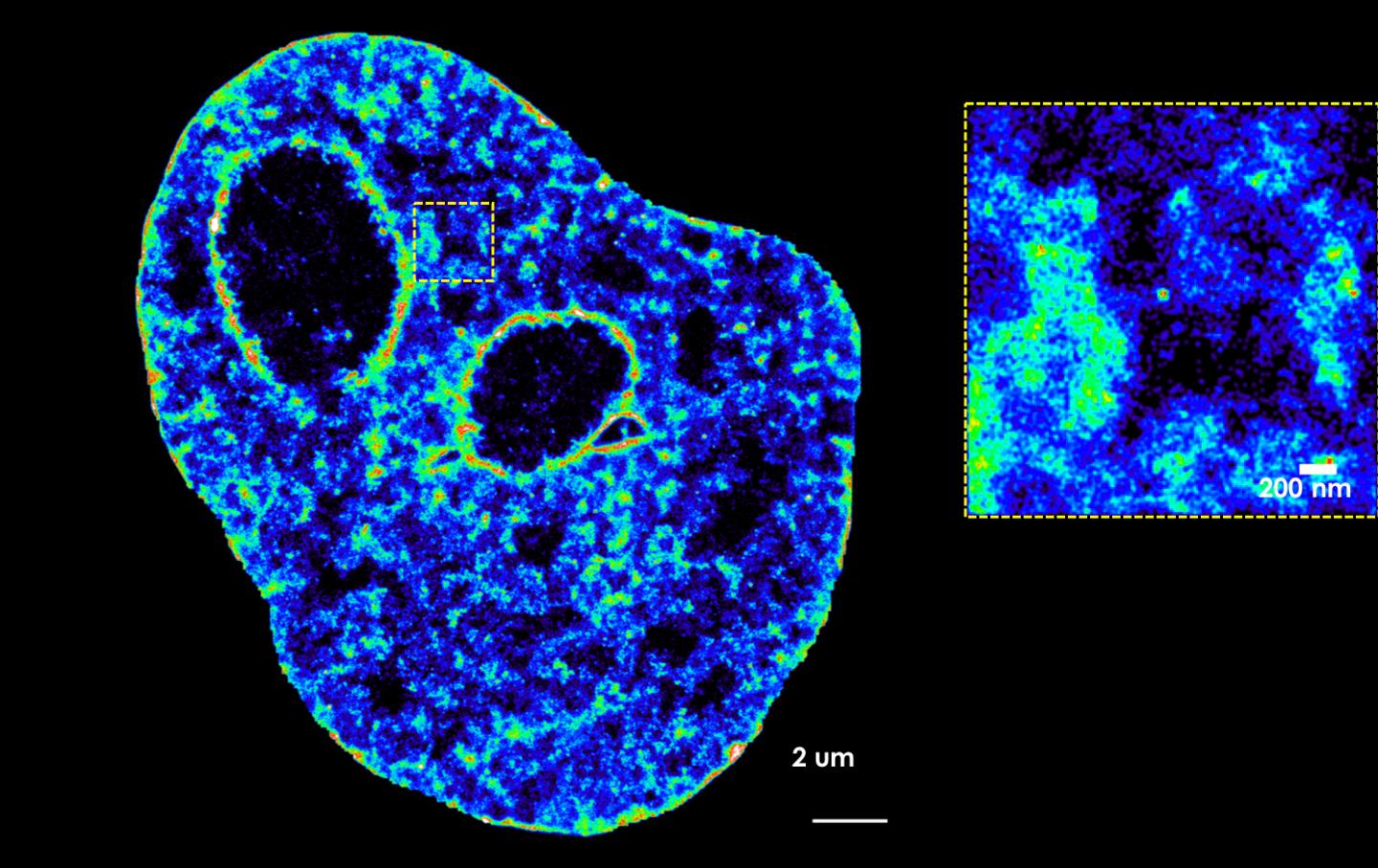 Newswise — Advances in microscopy have enabled researchers to picture loops of DNA strands for the first time. The images reveal how the human genome organises itself in three-dimensional space at much higher resolution than previously possible.

The findings, published in a new study in the journal Molecular Cell, also reveal that the process of DNA being copied into RNA - transcription - indirectly shapes the architecture of the genome. An international team led by Pia Cosma at the Centre for Genomic Regulation (CRG) in Barcelona and Melike Lakadamyali at the Perelman School of Medicine at the University of Pennsylvania in the United States found that transcription generates a force that moves across DNA strands like ripples through water.

Known as supercoiling, the force causes structural proteins known as cohesins to 'surf' across DNA strands, changing the scaffold's architecture and morphing the overall shape of the genome. While it is known that genome organization regulates gene transcription, it is the first-time researchers have found transcription to impact genome organization the other way round through supercoiling.

According to the researchers, the discovery of this new force may have future implications for the understanding of genetic diseases such as Cornelia de Lange syndrome, which is caused by mutations in genes encoding for cohesin or cohesin regulators. The findings may also be relevant for developmental disorders linked to how chromatin folds, as well as opening new avenues of research in genome fragility and cancer development.

The researchers studied the biological mechanisms that enable two metres of DNA to be squeezed into a tight space in each human cell. In this condensed state, the DNA, also known as chromatin, contains many loops that bring together different regions of the genome that would normally be far apart. The resulting physical proximity is important for transcribing DNA into RNA which then makes proteins, making chromatin looping a fundamental biological mechanism for human health and disease.

According to Vicky Neguembor, Staff Scientist at the CRG and first author of the paper, "Chromatin looping is what allows individual cells to switch different information on and off, which is why for example a neuron or a muscle cell with the same genomic information can still behave so differently. Loops are also one of the ways the genome gets compacted to fit into the nucleus."

"What we have found is important because it shows the biological process of transcription plays an additional role beyond its fundamental task of creating RNA that eventually turn into proteins. Transcription indirectly compacts the genome in an efficient manner and helps different regions of the genome talk to each other."

Previous techniques used to study this process could predict where loops were located but not their actual shape or how they look like within the cells. To improve image resolution, the researchers used a special type of microscopy that use high-power lasers under specific chemical conditions to track the blinking of fluorescent molecules. The technique provides ten times higher resolution than conventional microscopy, and combined with advanced imaging analysis techniques the researchers were able to identify chromatin loops, and the cohesins that hold the structure together like paper clips, within intact cells.