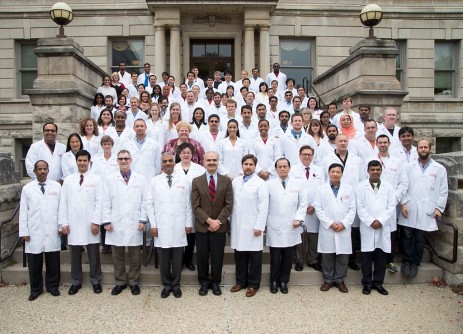 Roberto Bolli, M.D., center front, leads about 100 faculty and staff at the University of Louisville Institute of Molecular Cardiology. 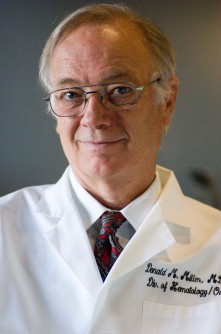 Donald Miller, M.D., Ph.D., has been director of the University of Louisville's James Graham Brown Cancer Center, a part of KentuckyOne Health, since 1999.

Newswise — LOUISVILLE, Ky. – An institute at the University of Louisville and the physician-director of UofL’s James Graham Brown Cancer Center won two MediStar awards presented May 13 at the Hyatt Regency Louisville.

The Institute of Molecular Cardiology, under the leadership of Director Roberto Bolli, M.D., received the Healthcare Innovation Award and Donald Miller, M.D., Ph.D., director of the cancer center, a part of KentuckyOne Health, was named the XLerateHealth Physician of the Year.

The Healthcare Innovation Award is presented to an organization that has developed a new procedure, device, service program or treatment that improves the delivery of medical care. Under Bolli’s leadership, the Institute of Molecular Cardiology (IMC) has become recognized worldwide as a leading cardiovascular research program for its contributions in ischemic heart disease, heart failure, diabetes and obesity and adult stem cell therapy for cardiac repair and regeneration. Established in 2001, the IMC consistently brings more than $13 million annually in federal funding to the Louisville Metro region in developing novel treatments and future cures for the nation’s No. 1 killer, cardiovascular disease.

The XLerateHealth Physician of the Year Award is conferred upon a physician who has shown outstanding leadership and vision and has contributed to his or her workplace, leaving a lasting legacy. Named director of the James Graham Brown Cancer Center (JGBCC) in 1999, Miller also is the James Graham Brown Foundation Chair and Professor of Oncology and Associate Vice President for Health Affairs at UofL. Under his leadership, the JGBCC developed a nationally recognized leadership program in cancer drug development with more than two dozen novel treatments being studied and three entering early phase clinical trials. Miller’s own laboratory is currently studying short DNA sequences which are believed to cause cancer cell death; it is expected that treatments from his lab will enter clinical trials within the next two years.

Since 2007 IGE Media, publisher of Medical News and Medical News For You, has recognized excellence at the annual MediStar Awards, honoring professionals, volunteers and programs for their impact on health care. Also named finalists for MediStar Awards from UofL were: 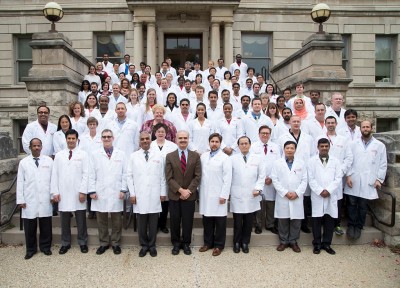 Caption: Roberto Bolli, M.D., center front, leads about 100 faculty and staff at the University of Louisville Institute of Molecular Cardiology. 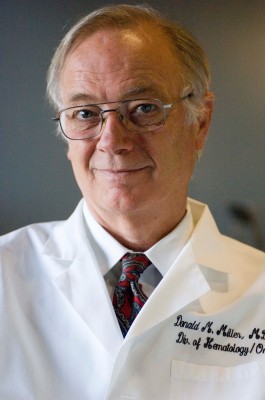 Caption: Donald Miller, M.D., Ph.D., has been director of the University of Louisville's James Graham Brown Cancer Center, a part of KentuckyOne Health, since 1999.