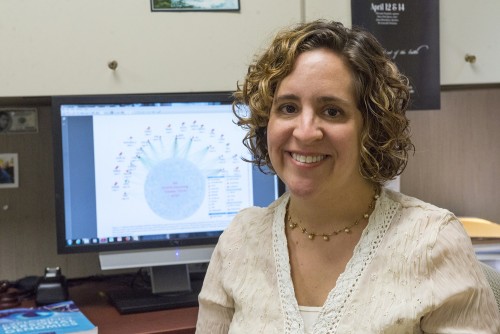 Newswise — In an effort to understand how specific genetic factors coupled with lifetime exposure to cigarette smoking and secondhand smoke may influence a woman’s ability to conceive, University of Louisville researchers have been awarded a three-year, $440,000 grant from the Eunice Kennedy Shriver National Institute of Child Health & Human Development.

Infertility can be devastating for those who long to have a child. Aside from the financial burden of infertility treatment, couples can face anxiety, depression and a variety of other health problems. Data from a Centers for Disease Control and Prevention U.S. National Health Statistics Report conducted from 2006-2010 found nearly 11-percent, or 6.7 million, of women ages 15-44 have an impaired ability to get pregnant or carry a baby to term and 6-percent, or 1.5 million, of married women ages 15-44 are infertile. Kira Taylor, Ph.D., M.S., assistant professor, Department of Epidemiology and Population Health in the UofL School of Public Health and Information Sciences, says exposure to tobacco smoke may be more harmful in women who carry the slow metabolizer form of NAT2, a gene that plays an important role in metabolism of toxins present in tobacco smoke and other hazardous substances.

“We think that if a woman carries the slow form of the NAT2 gene, cigarette toxins will be metabolized and excreted more slowly, thus exacerbating the effects of smoking hazards – including making infertility problems more pronounced,” Taylor said.

Taylor and her research team will consider ovarian reserve – a woman’s remaining egg count – and in vitro fertilization-success rates as they relate to the cumulative impact of smoking, exposure to secondhand smoke, and finally a combination of exposure to tobacco smoke and presence of the NAT2-slow gene.

“The results of this study will add to a growing body of evidence for the role of current smoking, past smoking and passive smoking on ovarian reserve and in vitro fertilization,” Taylor said. “We hope to determine for the first time whether the observed effects of smoking are stronger among women carrying the slow version of NAT2.”

If Taylor and her colleagues find an interaction between NAT2 and smoking with regard to ovarian reserve or in vitro fertilization, it could pave the way for more accurate analyses of the effects of smoking. In addition, the NAT2-slow gene may be a biomarker for fertility specialists to consider as a predictor of in vitro fertilization success or failure. In the future, it also may be possible to treat individuals who are more genetically susceptible – those with the slow NAT2 gene – using personalized medicine in the form of drug or gene therapy to mitigate the effects of exposure to harmful substances.