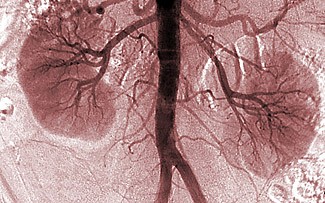 Newswise — Researchers at the University of California, San Diego School of Medicine have identified 13 metabolites – small molecules produced by cellular metabolism – that are significantly different in patients with diabetes and chronic kidney disease compared to healthy controls.

Twelve of the 13 metabolites are linked to mitochondrial function, suggesting that suppression of mitochondria – the powerhouses of cells – is a fundamental characteristic of diabetic kidney disease. The findings are published in the November edition of the Journal of the American Society of Nephology.

The primary causes of CKD are high blood pressure and diabetes. Rates of both CKD and diabetes have risen dramatically in the last decade, particularly among people aged 65 and older. According to the National Kidney and Urologic Diseases Information Clearinghouse, the annual mortality rate for end-stage renal disease rose from 10,478 in 1980 to 90,118 in 2009, though it has declined somewhat in recent years.

Sharma said measuring urine metabolites to detect and assess diabetic kidney disease is a major diagnostic step forward. “The urine metabolites can indicate the underlying function of the kidney at a biochemical and intracellular level,” he said, “and are well-conserved compared to many cell-based and protein measurements. Urine metabolomics also offers an opportunity to gauge effects of new treatments which will be an advantage to guide precision medicine.”

Journal of the American Society of Nephology