Use a Rule of Thumb to Control How Much You Drink 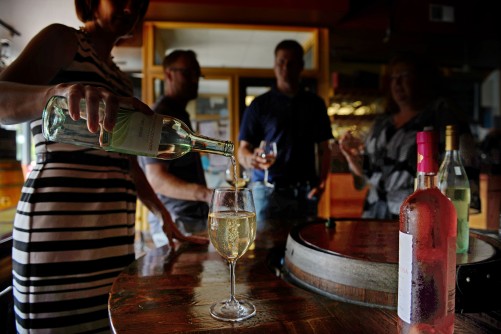 Researchers say using a rule of thumb when pouring wine will limit over pouring. 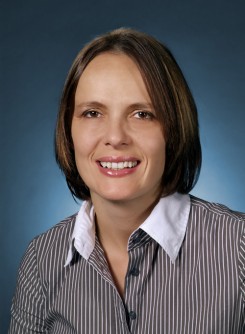 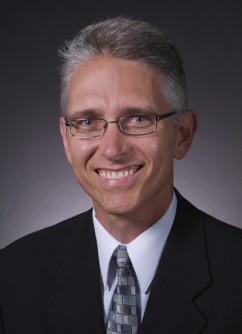 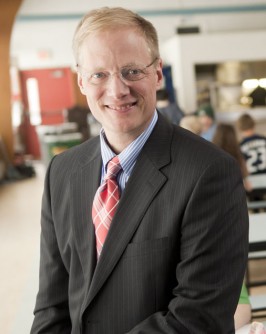 Newswise — AMES, Iowa – Sticking to a general rule of pouring just a half glass of wine limits the likelihood of overconsumption, even for men with a higher body mass index. That’s the finding of a new Iowa State and Cornell University study to be published in a forthcoming issue of the International Journal of Drug Policy.

Laura Smarandescu, lead author and an assistant professor of marketing at Iowa State, says the research team looked at a variety of factors to understand and control over pouring. Researchers found BMI affected how much men poured, but had no influence on women. However, people who used a “rule of thumb,” such as a half-glass rule or a two-fingers-from-the-top rule when pouring wine, poured less regardless of BMI or gender.

“About 70 percent of the people in the sample used the half-glass rule, and they poured significantly less by about 20 percent,” Smarandescu said. “It’s a big difference. We would suggest using a rule of thumb with pouring because it makes a big difference in how much people pour and prevents them from overdrinking.”

Men with a higher BMI, who did not use a rule of thumb, poured more – 31 percent more for men considered overweight or obese and 26 percent more for men at the midpoint of the normal BMI range. While BMI did not affect how much women poured, those at the midpoint of the normal BMI poured 27 percent less when using the half-glass rule than those who did not.

Researchers were not surprised to find men poured more than women, which is consistent with other studies of alcohol consumption. However, they did not expect the half glass rule would be an exception to men pouring more.

Researchers asked 74 college students and staff to pour wine in a variety of settings so that they could control for the size, shape and color of the glass, as well as if wine is poured with a meal. They poured both red and white wine from bottles with different levels of fullness. Participants were told to pour as much as wine as they normally would in one setting.

Drinking is more socially acceptable for men than women, which is one explanation for why BMI did not have the same effect on women, researchers said. Women are often more conscious of how much they are pouring and will pour less.

“Women are more likely to socially compare with other women. They’re aware that drinking is not as socially acceptable for women as it is for men, although it is becoming more acceptable than it has been in the past. But for men there is still more of a culture of drinking and pouring more,” Smarandescu said.

The study looked only at pours, not consumption. However, researchers point to previous studies that show serving size is linked with overeating. Free pouring wine increases the tendency to over consume because it is not as easily measured as other types of beer or spirits.

“It is essential for all drinkers, especially men of higher BMIs, to have a rule of thumb for self-serving, because eye-balling a serving size is a difficult task and will often lead people to pour too much,” said Brian Wansink, a professor of marketing at Cornell. “Next time you open a bottle, serve yourself a half glass – regardless of the size of your glass—and you will be less likely to accidentally drink too much.” 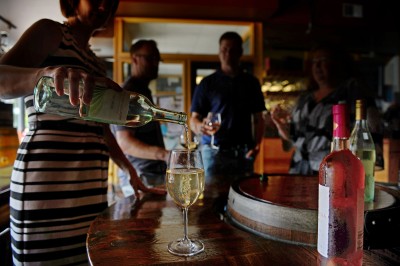 Caption: Researchers say using a rule of thumb when pouring wine will limit over pouring. 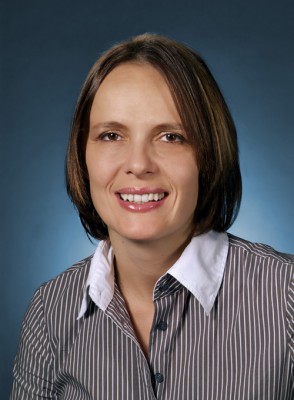 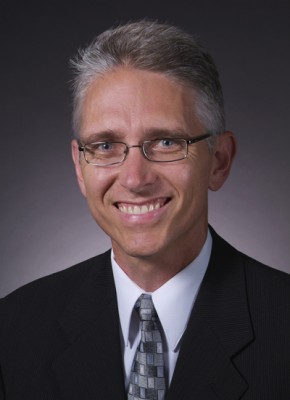 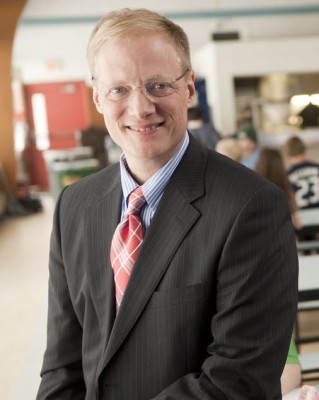