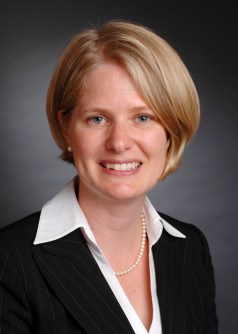 Newswise — BOSTON –– There have been widespread efforts to improve the quality of life of terminally ill patients. As more patients choose to spend their final days and weeks in hospice care rather than a hospital, the hope is the use of intensive and costly hospital services would decline. A new study by Dana-Farber Cancer Institute researchers shows for one group of terminally ill cancer patients, that is not what is happening.

The study, which tracked nearly 7,000 older patients with ovarian cancer, found that between 1997 and 2007, patients were more likely to enter a hospice and less likely to die in a hospital. However their use of hospital-based services actually increased. These seemingly paradoxical findings, published in the October issue of the Journal of Clinical Oncology, suggest that many patients received aggressive treatments while in the hospital, and resorted to hospice care as an “add-on” when those treatments fail, the authors write.

“There’s a growing awareness that the use of aggressive, expensive medical interventions at the end of life often doesn’t improve patients’ quality of life and may even make it worse,” said Alexi Wright, MD, MPH, the lead author of the study and medical oncologist at Dana-Farber. “Hospice care, which focuses on intensive symptom management at home, is an attractive option for many people. But unless people make an end-of-life care plan while they’re healthy – spelling out their preferences in advance – these important decisions are often made for them, or occur in a crisis atmosphere. That may explain why, in this study, we saw an increased use of hospital-based services even as hospice enrollment increased.”

The study analyzed the Medicare records of 6,956 women aged 66 or older who were diagnosed with ovarian cancer between 1997 and 2007, and who died of the disease by the end of 2007. The researchers found that hospice use increased significantly during that period, while hospitalized deaths fell. But they also found significant increases in intensive care unit admissions, hospitalizations, repeated emergency department visits, and transitions from one health care facility to another.

During the same time frame, the proportion of patients who were referred to hospice from a hospital inpatient clinic rose. And 70 percent of patients were transferred between medical facilities at least once in the last month of life – with 20 percent experiencing major transitions between care settings within the final three days of life.

The findings paint a hectic picture of elderly, terminally ill patients undergoing multiple, stressful medical interventions, undergoing transfers between facilities, all before arriving at a hospice, where their stay may be very brief.

“The earlier people can make plans – with their families and physicians – the better they can control the kind of care they receive at the end of life,” Wright remarked. “Many people want their final days to be a time of legacy building – a time when they can share or build memories with their loved ones – instead of time spent in hospitals or receiving potentially futile medical interventions. Our study points to the extent to which such planning is still needed.”

The study was supported by grants from the National Cancer Institute, the American Cancer Society, the American Society for Clinical Oncology, the National Palliative Care Research Center, and the Gloria Spivak Faculty Advancement Fund.

Dana-Farber Cancer Institute, a principal teaching affiliate of Harvard Medical School, is world renowned for its leadership in adult and pediatric cancer treatment and research. Designated as a comprehensive cancer center by the National Cancer Institute (NCI), it is one of the largest recipients among independent hospitals of NCI and National Institutes of Health grant funding. For more information, go to www.dana-farber.org.