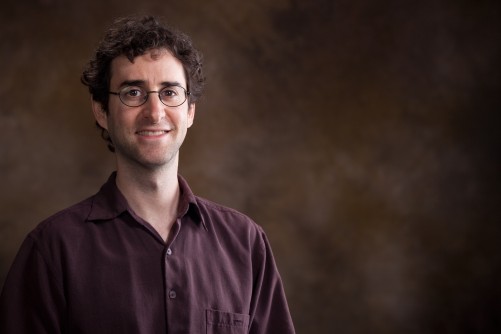 Newswise — FAYETTEVILLE, Ark. – When people use low-effort thought, they are more likely to endorse conservative ideology, according to psychologist Scott Eidelman of the University of Arkansas. Results of research by Eidelman and colleagues were published online in Personality and Social Psychology Bulletin.

“People endorse conservative ideology more when they have to give a first or fast response,” Eidelman said. “This low-effort thinking seems to favor political conservatism, suggesting that it may be our default ideology. To be clear, we are not saying that conservatives think lightly.”

While ideology – either conservative or liberal – is a product of a variety of influences, including goals, values and personal experiences, Eidelman said, “Our data suggest that when people have no particular goal in mind, their initial cognitive response seems to be conservative.”

Eidelman collaborated with Christian Crandall of the University of Kansas; Jeffrey A. Goodman of University of Wisconsin, Eau Claire; and John C. Blanchar, a University of Arkansas graduate student, on studies reported in “Low-Effort Thought Promotes Political Conservatism.”

The researchers examined the effect of low-effort thought on the expression of ideology in several situations. In a field study, bar patrons were asked their opinions about several social issues before blowing into a Breathalyzer. Whether the individual self-identified as liberal or conservative, higher blood alcohol levels were associated with endorsement of more conservative positions. The results indicated that this was not because the conservatives drank more than the liberals.

In a fourth study, deliberation was manipulated directly. Some participants gave their “first, immediate response” to political terms, while others gave “a careful, thoughtful response.” Those instructed to think in a cursory manner were more likely to endorse conservative terms, such as authority, tradition and private property, than those who had time to reflect.

The researchers stressed that their results should not be interpreted to suggest that conservatives are not thoughtful.

“Everyone uses low-effort thinking, and this may have ideological consequences,” they write. “Motivational factors are crucial determinants of ideology, aiding or correcting initial responses depending on one’s goals, beliefs and values. Our perspective suggests that these initial and uncorrected responses lean conservative.”

Eidelman is an assistant professor of psychology in the J. William Fulbright College of Arts and Sciences at the University of Arkansas.