Frequent Internet users may see themselves as ‘free agents’ and are less likely to choose a religious tradition, Baylor study finds 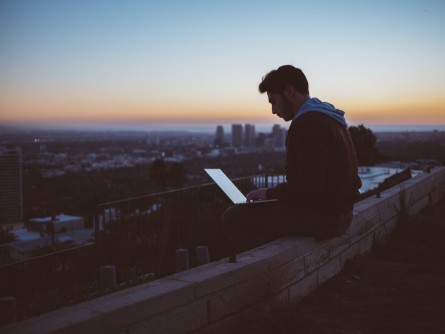 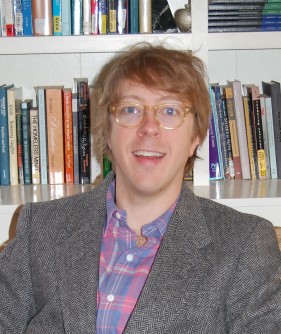 Newswise — Internet use may decrease the likelihood of a person affiliating with a religious tradition or believing that only one religion is true, according to a Baylor University study.

That may be because Internet use encourages religious “tinkering,” said Baylor sociologist and researcher Paul K. McClure.

“Tinkering means that people feel they’re no longer beholden to institutions or religious dogma,” he said. “Today, perhaps in part because many of us spend so much time online, we’re more likely to understand our religious participation as free agents who can tinker with a plurality of religious ideas — even different, conflicting religions — before we decide how we want to live.”

For example, while many Millennials have been influenced by their Baby Boomer parents when it comes to religion, the Internet exposes them to a broader array of religious traditions and beliefs and may encourage them to adjust their views or experiment with their beliefs, perhaps adopting a less exclusive view of religion, McClure said.

His study — “Tinkering with Technology and Religion in the Digital Age” — is published in the Journal for the Scientific Study of Religion.

In 2010, when this survey was first conducted, people were spending more time on average watching television, but that has changed today as more people are spending time online or on their smartphones instead, McClure said.

“Both TV and the Internet require time, and the more time we spend using these technologies, the less time we have to participate in religious activities or with more traditional communities,” he said.

In his research, McClure analyzed used data from Wave III of Baylor Religion Survey, a survey of 1,714 adults nationwide ages 18 and older. Gallup Organization administered the surveys, with a variety of questions, in fall 2010.

In the data analyzed by McClure, participants were asked:

The analysis also took into account such variables as age, race, gender, education, place of residence and political party. While those factors had varying impact on religious beliefs, despite the differences, “the more time one spends on the Internet, the greater the odds are that that person will not be affiliated with a religion,” McClure said.

While the Internet is nearly 26 years old, 87 percent of American adults use it, compared with before 1995, when fewer than 15 percent were online, according to a 2014 report by the Pew Forum Internet Project.

“Some see it as a tool to improve our lives; others see it as a new kind of sociocultural reality,” McClure said.

Scholars point out that the Internet may corral people into like-minded groups, similar to how Google customizes search results and advertisements based on prior search history. Additionally, many congregations — some 90 percent, according to previous research — use email and websites for outreach, and more than a third have both an Internet and Facebook presence.

Other scholars have found that when people choose ways to communicate, some often choose a less intimate way — such as texting rather than talking.

McClure noted that sociological research about the impact of the Internet is difficult for scholars because its swift changes make it a moving target.

“In the past decade, social networking sites have mushroomed, chat rooms have waned, and television and web browsing have begun to merge into one another as live streaming services have become more popular,” McClure said.

His study has limitations, such as measuring only the amount of time people spent on the Internet, not what they were doing online, McClure said. But the research may benefit scholars seeking to understand how technologies shape religious views.

“Whether through social media or the sheer proliferation of competing truth-claims online, the Internet is the perfect breeding ground for new ‘life-worlds’ that chip away at one’s certainty,” McClure said.

Journal for the Scientific Study of Religion