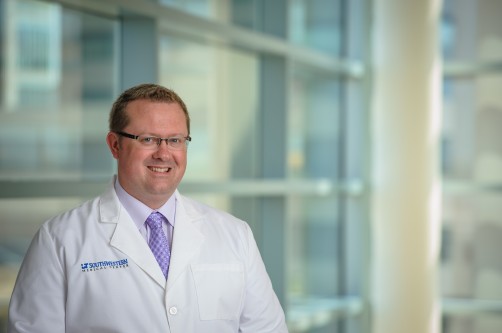 “Because carpal tunnel syndrome and migraine headache are so common, this association is relevant to the large number of people who suffer from these conditions. The association of these two distinct disease processes is a fascinating connection that needs to be explored further,” said Dr. Douglas Sammer, Associate Professor of Plastic Surgery and Orthopaedic Surgery, and Chief of the Hand and Upper Extremities Division in Plastic Surgery. “Although we have theories, at this time we simply don’t know why people with carpal tunnel syndrome are more likely to have migraines, and vice versa. A deeper understanding of how and why this connection exists may lead to earlier diagnosis or even the ability to implement preventive measures.”

The findings suggest it may be worthwhile for physicians to perform peripheral nerve compression exams in the head and neck on patients with migraines, the researchers concluded.

Further studies are needed to determine whether migraines may be an early indicator for future nerve compression problems such as carpal tunnel syndrome, the researchers said, as well as whether there is a hereditary component to the diseases. Because migraines are more common in younger patients, and carpal tunnel syndrome is more prevalent in older patients, it could be that migraines sensitize the central nervous system to develop pain signals from later nerve compressions, according to the study.

The findings appear in Plastic and Reconstruction Surgery and have a 95 percent confidence level after controlling for known demographic and health-related factors, according to the analysis. The study was based on a review of 25,880 cases from the 2010 National Health Interview Survey, of which 952 (3.7 percent) had carpal tunnel syndrome and 4,212 (16.3 percent) had migraine headache. The National Health Interview Survey is based on health data collected by the U.S. Census Bureau.

Migraines are not traditionally considered nerve compression issues, the researchers noted, but recent evidence shows migraine headaches may be triggered by nerve compression in the head and neck. This evidence is supported by the ability of nerve decompression surgeries to relieve the condition.

Both carpal tunnel syndrome and migraines are common, affecting up to 6 percent and 15 percent of adults, respectively, according to the study authors.

Carpal tunnel syndrome, the most common type of nerve compression disorders called compression neuropathies, causes weakness or pain in the hands or wrists. It is more common in women and in ages 45 to 60, affecting an estimated one to three cases per 1,000 people in the U.S., and costing an estimated $2 billion.

Migraine headaches, characterized by intense headache, vision problems and light sensitivity, and sometimes nausea and vomiting, are three times more common in women than in men, affecting more than 10 percent of people worldwide, according to the National Institute of Neurological Disorders and Stroke, part of the National Institutes of Health. Migraine ranks in the top 20 of the world's most disabling medical illnesses, according to the Migraine Research Foundation, which estimates nearly one in four U.S. households includes someone with migraine (about 36 million Americans), including about 18 percent of women and 6 percent of men. The study estimates migraines cause 112 million bedridden days per year and generate annual costs totaling up to $17 billion in the United States.

About UT Southwestern Medical Center
UT Southwestern, one of the premier academic medical centers in the nation, integrates pioneering biomedical research with exceptional clinical care and education. The institution’s faculty includes many distinguished members, including six who have been awarded Nobel Prizes since 1985. The faculty of more than 2,700 is responsible for groundbreaking medical advances and is committed to translating science-driven research quickly to new clinical treatments. UT Southwestern physicians provide medical care in 40 specialties to about 92,000 hospitalized patients and oversee approximately 2.1 million outpatient visits a year.