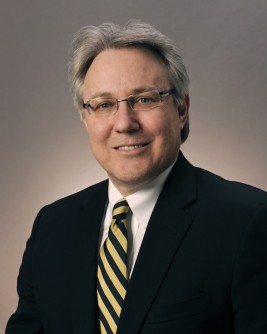 Newswise — DALLAS – June 20, 2012 – A multicenter study involving a UT Southwestern Medical Center urogynecologist will eliminate some of the guesswork physicians face about whether to use a sling during vaginal prolapse repair to prevent urinary incontinence.

The clinical investigation from eight medical centers across the U.S. provides the first surgical outcome evidence on the benefits and risks of midurethral slings for women with vaginal prolapse who show no symptoms of urinary incontinence before surgery.

One in five women will undergo surgery for pelvic organ prolapse, a condition that often causes involuntary loss of urine. Vaginal prolapse can mask urinary incontinence, however, which is why many women do not experience the condition before having surgery.

“This study provides very good data from a blinded, randomized trial that can be used to counsel patients who are undergoing a vaginal repair for prolapse who don’t have stress incontinence symptoms,” said Dr. Joseph Schaffer, professor of obstetrics and gynecology and a co-author of the study, which appears in the June 21 issue of The New England Journal of Medicine.

Slings made out of surgical mesh to support the urethra are the “gold standard” in vaginal prolapse repair surgery to prevent urinary incontinence, Dr. Schaffer said. But complications of sling placement over time can include decreased bladder emptying and voiding dysfunction, or the inability to empty the bladder normally.

Not every woman who has a sling placed will ultimately need it. Dr. Schaffer said this study, which is part of the collaborative Pelvic Floor Disorders Network, provides solid numbers to the risk outcome of sling placement. It will help physicians counsel women who don’t have incontinence before surgery but who want to avoid bothersome postoperative symptoms of the condition.

“Although many women without preoperative incontinence do not develop it after prolapse surgery, many women do develop it,” he said. “For some women, the benefits of avoiding urinary incontinence outweigh the chance that the sling procedure would not have been necessary. It’s still a difficult decision, but now we have solid data to base it on. This is really good evidence to help guide the decision.”

Pelvic organ prolapse is a condition in which the uterus, bladder or vagina protrude from the body and creates pressure that often causes involuntary loss of urine. For women with vaginal prolapse, a cough or sneeze pushes the prolapse out and blocks the urine from leaking, Dr. Schaffer said.

“But when you do a prolapse repair, it pushes everything back in, and you can unmask potential incontinence,” he said.

In the study, 337 participants presenting with vaginal prolapse repair between May 2007 and October 2009 received either a midurethral sling or sham incisions, which mimic the sling incisions. Investigators tested women pre-operatively for urine leakage during coughing or straining. They followed up at three and 12 months with a cough stress test, urinalysis and post-void residual measurements.

Three months after surgery, nearly a quarter of the sling group had urinary incontinence, compared to nearly half of the control group. The sling’s beneficial effect remained significant at 12 months, the researchers reported.

The study was supported with grants from the NICHD and the National Institutes of Health Office of Research on Women’s Health.

###
This news release is available on our World Wide Web home page at www.utsouthwestern.edu/home/news/index.html