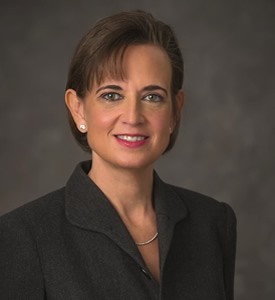 The award recognizes Dr. Levine’s fundamental contributions to the understanding of autophagy – literally, “self-eating” – a housecleaning process in which cells destroy damaged proteins and organelles.

Each year, the award recognizes the outstanding achievements of ASCI members in advancing knowledge in a specific field and in mentoring future scientists. The award is named after the late Dr. Stanley Korsmeyer, an oncologist and researcher who identified key genetic mechanisms that govern cell death and survival. The ASCI, established in 1908, is one of the nation’s oldest and most respected medical honor societies and counts more than 3,000 physician-scientists as members.

Last year, Dr. Bruce Beutler, Nobel Laureate and Director of the Center for the Genetics of Host Defense, became the first UT Southwestern faculty member to receive the Korsmeyer Award for his discoveries in innate immunity. Dr. Levine’s honor thus marks the second award for a UTSW researcher.

“I am truly honored to receive this award in memory of a great physician-scientist, Stanley Korsmeyer,” said Dr. Levine, also Professor of Internal Medicine and Microbiology. “This recognition underscores the importance of autophagy as a crucial pathway in health and disease and thus represents an accomplishment for the entire field of autophagy research.”

Inspired by Dr. Korsmeyer’s co-discovery of Bcl-2 as a B cell lymphoma oncogene, Dr. Levine began her research career by searching for proteins that interacted with the Bcl-2 protein. These experiments led to the identification of a gene she named beclin 1, and her subsequent characterization of beclin 1 opened the molecular era of disease-related autophagy research. Dr. Levine showed that beclin 1 is an essential mammalian autophagy gene and important for preventing many tumors. One copy of the gene is lost in about half of human breast and ovarian cancers; beclin 1 prevents lung cancer, liver cancers, and B cell lymphomas in mice; and Bcl-2 and other oncogenes inactivate beclin 1. Dr. Levine demonstrated how Akt, a gene in the insulin-signaling pathway activated in many cancers, inhibits autophagy by inactivating beclin 1, allowing unregulated tumor cell growth. More recently, her research showed that the epidermal growth factor receptor, which is expressed at abnormally high levels by many types of cancer cells, deactivates autophagy by binding the protein beclin 1, leading to increased rates of tumor growth and chemotherapy resistance in non-small cell lung cancer.

Dr. Levine’s work also has revealed the crucial role of autophagy in defense against intracellular pathogens. Her group showed that autophagy genes protect against lethal alphavirus encephalitis and Salmonella typhimurium infection, and found that a herpes simplex virus neurovirulence factor acts by antagonizing the protein beclin 1. Furthermore, her work suggests that the beclin 1 gene and the autophagy pathway slow the progression of neurodegenerative diseases, increase lifespan, and underlie the beneficial effects of exercise on glucose metabolism.

Recently, Dr. Levine and her colleagues identified an autophagy-inducing peptide called Tat-beclin 1. Mice treated with this peptide are protected against several infectious diseases. In additional experiments, the team demonstrated that human cells treated with Tat-beclin 1 are resistant to HIV infection and are more efficient at clearing mutant huntingtin protein aggregates. The peptide may thus have therapeutic potential in the prevention and treatment of a broad range of human diseases.

Dr. Levine, who holds the Charles Cameron Sprague Distinguished Chair in Biomedical Science, was elected last year to membership in the National Academy of Sciences, representing one of the highest honors attainable by an American scientist. She was elected to ASCI membership in 2000 and to the Association of American Physicians in 2006. Her other honors include the American Cancer Society TIAA-CREF Award for Outstanding Achievements in Cancer Research and an Edith and Peter O’Donnell Award from The Academy of Medicine, Engineering and Science of Texas.

About UT Southwestern Medical CenterUT Southwestern, one of the premier academic medical centers in the nation, integrates pioneering biomedical research with exceptional clinical care and education. The institution’s faculty includes many distinguished members, including five who have been awarded Nobel Prizes since 1985. Numbering more than 2,700, the faculty is responsible for groundbreaking medical advances and is committed to translating science-driven research quickly to new clinical treatments. UT Southwestern physicians provide medical care in 40 specialties to nearly 91,000 hospitalized patients and oversee more than 2 million outpatient visits a year.

This news release is available on our home page atutsouthwestern.edu/home/news/index.html

To automatically receive news releases from UT Southwestern via email,subscribe at utsouthwestern.edu/receivenews