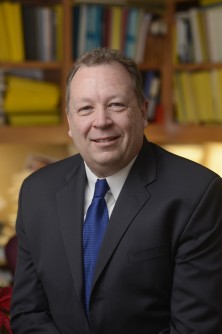 The Banting Medal recognizes significant, long-term contributions to the understanding, treatment, or prevention of diabetes. Dr. Scherer, who holds the Gifford O. Touchstone, Jr. and Randolph G. Touchstone Distinguished Chair in Diabetes Research, will officially accept the award when he presents a lecture on June 7 at the ADA’s 75th Scientific Sessions in Boston. His research focuses on the physiology of energy-storing fat cells called adipocytes.

“I am extremely excited about receiving the Banting Medal. Our research over the last 10 years examined the pathophysiology of fat tissue in diabetes and obesity and was done with a highly integrated group of UT Southwestern researchers, including talented junior faculty members, postdoctoral fellows, and students,” said Dr. Scherer, Professor of Internal Medicine.

Dr. Scherer is known for his discovery of adiponectin, a hormone produced by fat, and for defining its physiologic roles. Adipose tissue previously had been considered simply as a storage depot for triglycerides, but Dr. Scherer’s studies using cell biological and biochemical approaches, as well as mouse genetics, revealed that adipose tissue is in fact a highly responsive endocrine organ that plays a crucial role in metabolism and inflammation.

His seminal work has demonstrated an initially protective role for obesity, keeping excess lipid in adipocytes and out of nonadipocyte tissues such as liver and muscle, which are not designed to store fat. His innovative contributions have been described in more than 320 publications, some of which have been cited more than 1,000 times, and comprise a comprehensive characterization of adipose tissue physiology.

“These discoveries, combined with innovative methods he developed to study contributions of specific cells to regulation of metabolism, have defined Dr. Scherer as one of the most noteworthy and creative scientists in the field,” noted the ADA in announcing the award, given in memory of Sir Frederick Banting, a medical scientist, doctor, and Nobel laureate who is noted as one of the key investigators in the discovery of insulin, a hormone that helps the body use glucose for energy.

Dr. Unger, one of three ADA members who nominated Dr. Scherer for the honor, said his colleague continues to make major paradigm-shifting discoveries in the diabetes field.

“Dr. Scherer’s work has completed a pathophysiologic makeover of the metabolic syndrome and type 2 diabetes, two of our most common diseases,” said Dr. Unger. “His comprehensive analysis of adipose tissue physiology and highly innovative approach to science have made him a giant in the world of diabetes research.”

The Banting Medal is the latest and most prestigious honor for Dr. Scherer, who has directed the Touchstone Center since 2007. Last year, he received the Naomi Berrie Award for Outstanding Research in Diabetes. In 2012, he was recognized as a rising star in research by The Academy of Medicine, Engineering and Science of Texas with an Edith and Peter O’Donnell Award, and in 2005, the American Diabetes Association honored him with an Outstanding Scientific Achievement Award.

The Touchstone Center for Diabetes Research was established with a gift from Mrs. Lucian Touchstone to support the development of new treatments aimed at ameliorating and ultimately preventing this disease.

This news release is available on our home page at www.utsouthwestern.edu/home/news/index.html