Andrea Joyner, the 39-year-old patient from Wills Point, 50 miles east of Dallas, has been discharged and is now recovering, said Dr. Malcolm MacConmara, who led the liver transplant team. “She’s done very well considering how close to death she was – within hours, most likely.”

Not only was her heart failing and her liver in bad shape, Miss Joyner’s kidneys and other organs had begun shutting down due to diminished blood flow, forcing UT Southwestern doctors to put her on an artificial heart-lung machine, or extracorporeal membrane oxygenation (ECMO) machine, in order to survive, said Dr. Matthias Peltz, the surgeon in charge of the heart transplant team.

With the double transplant, UT Southwestern joins the ranks of only four other Texas medical centers that have performed the complicated heart/liver surgery, in which a newly implanted heart must withstand the stress of a liver transplant and the toxins released from the donor organ.

More than 200 such transplants have been done in the U.S. since Feb. 14, 1984, when – coincidentally – a 6-year-old patient from UT Southwestern traveled to Children’s Hospital of Pittsburgh to receive the world’s first heart/liver transplant at the hands of Dr. Thomas E. Starzl, a world-renowned surgeon who is often called the father of modern transplantation. That patient, Stormie Jones, lived six years before her body rejected the transplanted heart.

A long road to diagnosis

Miss Joyner, lead vocalist in the country duo blacktopGypsy, had struggled for years with the genetic disorder hemochromatosis. In this disorder, the liver fails to prevent excess iron from entering the bloodstream, causing the body to accumulate toxic levels of iron from food. The only treatment is to regularly remove blood (therapeutic phlebotomy) to reduce iron levels in the blood.

Genetic hemochromatosis affects about 1 million people in the U.S., according to the Centers for Disease Control and Prevention (CDC). Because the disorder’s symptoms are vague, it can go undetected for a long time and is usually diagnosed when advanced organ damage has occurred, according to a CDC report.

For Miss Joyner, it took five years and trips to multiple doctors to finally identify her condition, in 2004. Along the way, the singer was told she had everything from hepatitis to a brain tumor. “One doctor even said I had an iron deficiency: ‘Take over-the-counter iron supplements,’ she told me.”

Over the next 12 years, with the accumulating iron quietly ravaging Miss Joyner’s heart and causing cirrhosis of her liver, she continued to travel the South to perform in her band.

“The only symptom was I didn’t have a menstrual cycle and I was tired all the time,” Miss Joyner said.

On March 20, 2016, on her way home from a multiple-city tour through Atlanta, Birmingham, Ala., and Shreveport, La., Miss Joyner crashed, completely exhausted and with pain in her chest and stomach.

She then began a series of emergency room visits, starting at a small hospital in Sunnyvale, Texas. There, with her heart pumping at 39 percent efficiency, a doctor who knew physicians at UT Southwestern and their affiliation with Parkland Memorial Hospital recommended she go there.

The musician spent 10 days at Parkland in June. Then, on July 28, with her heart failing, she returned. “Her heart was ejecting 30 percent of its blood,” said Dr. MacConmara, Assistant Professor of Surgery at UT Southwestern. “It dropped rapidly from 30, to 20, to 10 percent.” A normal heart pumps in the 55 to 70 percent range, he said.

Five days later, in critical condition and in need of a heart transplant – and possibly a liver transplant as well, Miss Joyner was transferred to UT Southwestern’s William P. Clements Jr. University Hospital.

Heart/liver transplants are “quite complicated. They’re not offered by a lot of institutions,” explained Dr. Peltz, Surgical Director of Cardiac Transplant and an Associate Professor of Cardiovascular and Thoracic Surgery at UT Southwestern.

“It requires a lot of team effort,” Dr. MacConmara said. “It requires having the expertise of both sets of surgeons, clinicians, nurses, perfusionists – everyone involved for each organ working together.”

Once at Clements Hospital, there were sonograms, heart and liver biopsies, even a dental checkup, Miss Joyner said. “I’m telling you, the doctors were lined up outside my room.”

On Aug. 25, those specialists decided to put her on waitlists for a heart and a liver.

Within days, however, her condition deteriorated to the point where keeping her alive long enough to get any organ became the issue. As her heart and blood flow weakened, her starving organs began to fail, Dr. Peltz said. “She was literally hours from death when we put her on ECMO on Sept. 4.”

The machine can provide a “last-last chance” to prolong a patient’s life, said Dr. MacConmara, but it comes with risks of stroke, blood clots, and internal bleeding. It is not recommended for use beyond a few weeks.

Fortunately, the very next day, not one but two offers for organs arrived. The first would give Miss Joyner only a heart – her most pressing need.

“We seriously considered taking that heart-only offer,” Dr. Peltz said. But in little more than an hour, a second offer arrived – this one from Southwest Transplant Alliance in Dallas, promising both a heart and a liver.

Even so, her surgical team weighed the options. The Southwest Transplant organs were from a larger person, so they were bigger than Miss Joyner’s. That wasn’t so much a problem with the heart, since Miss Joyner’s struggling heart had expanded, Dr. Peltz said, but it might rule out the liver.

In the end, the surgical teams went with the dual-organ offer, in part because of the liver’s remarkable ability to shrink or grow to fit the space it is given. “It starts to happen almost immediately,” said Dr. MacConmara. In four to six weeks, a liver can double in size, he said.

At 10 a.m. on Sept. 6, separate UT Southwestern teams took off in two planes from Dallas Love Field to retrieve the organs.

Surgery began at 2:48 that afternoon, with first the heart, then the liver, placed inside Miss Joyner.

Since the liver was large, and because there was bleeding and swelling around the heart, the surgeons decided to leave Miss Joyner’s chest and abdomen open to give the organs time to settle in. This is a practice in about 10 percent to 20 percent of heart transplant cases, Dr. Peltz said. A special dressing was used to absorb fluids and help prevent infection. During this time, Miss Joyner was unconscious and she has no recollection of her condition.

There would be more problems ahead. Miss Joyner’s weakened kidneys required dialysis support for nine days. Then, after going “home” to an apartment near UT Southwestern on Oct. 12, she returned two days later after developing blood clots in her legs and neck.

10 a.m. – Separate UT Southwestern teams fly out of Dallas Love Field to retrieve the donor’s heart and liver. The heart arrives back at UTSW at 4:50 p.m.; the liver at 6 p.m.2:48 p.m. – With the new heart on its way, the three-member heart surgery team, led by Dr. Matthias Peltz, begins the heart transplant operation at William P. Clements Jr. University Hospital.4:50 p.m. – As soon as the donated heart arrives, surgeons begin removing Ms. Joyner’s old heart. A heart-lung bypass machine connected earlier keeps her alive.5:46 p.m. – The new heart is in place and beats in Ms. Joyner’s chest for the first time.7 p.m. – The four-member liver team, led by Dr. Malcolm MacConmara, begins removing Ms. Joyner’s damaged liver.10:35 p.m. – The new liver is in place.Doctors are hopeful the transplanted liver, with its normal Hemojuvelin gene, will cure Miss Joyner’s hemochromatosis, ending her need for regular plebotomies. Now back to writing music and watching football with her dad, Miss Joyner is clearly in better shape than when she arrived at Clements Hospital.

She spoke softly as she pondered how close she came to death: “I’m not supposed to be here.”

With her second chance, she said she plans to continue her music – and to speak out to educate people about her rare disease, which went undiagnosed for so long.

She thinks a lot about the organ donor who died and the family that donor left behind.

“Every day I think about the family. Where are they? How are they doing? I feel sorry for them because they lost someone. That’s the worst pain ever,” she said.

Miss Joyner would like to meet them one day. “I can’t thank them enough,” she added. “They saved me.”

SIDEBAR STORYStormie Jones: The world’s first heart-liver transplant with a UT Southwestern connectionDALLAS – Dec. 21, 2016 – The year was 1984, and a 6-year-old girl from a Fort Worth suburb needed a procedure that had never been done before to live.

Although Stormie died of organ rejection six years later, her case paved the way for more heart-liver transplants. Over 200 such operations have been performed in the U.S. since then – with one of the most recent completed at Stormie’s original treatment center, UT Southwestern.

While Stormie’s transplant occurred elsewhere, she benefitted from research at UT Southwestern that led to a greater understanding of how the body metabolizes cholesterol. Two UTSW researchers, Drs. Joseph Goldstein and Michael Brown, won the Nobel Prize in Physiology or Medicine the following year for their findings on how the body regulates cholesterol metabolism. Their findings laid the groundwork for development of the statin drugs now taken by millions to lower LDL cholesterol (the “bad cholesterol”) and prevent heart attacks.

Before her historic double transplant, Stormie had already undergone two coronary bypass operations as well as a heart valve replacement. A genetic disease, familial hypercholesterolemia, caused her to accumulate high levels of LDL cholesterol in her blood.

UT Southwestern research had established the importance of the liver in regulating cholesterol, so Stormie’s doctors recommended a liver transplant to reduce her LDL cholesterol level. But, given her weakened heart, a double transplant seemed to be her best chance for survival.

To arrange this first-ever procedure, a team of doctors at UT Southwestern that included former Professor of Internal Medicine Dr. David Bilheimer worked with those at Children’s Hospital of Pittsburgh, including Dr. Thomas E. Starlz. Dr. Starlz had performed the world’s first liver transplant.

This fall’s double transplant at UT Southwestern “was quite a victory” for the institution, he said. “Instead of having to send the patient to Pittsburgh for a transplant, as occurred in 1984 with the Stormie Jones case, we’ve built Southwestern into a place that can be at the forefront of these difficult cases.” 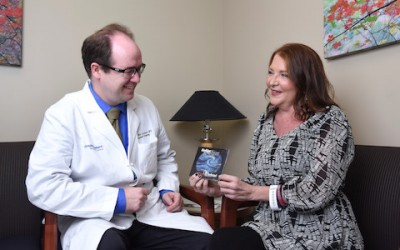 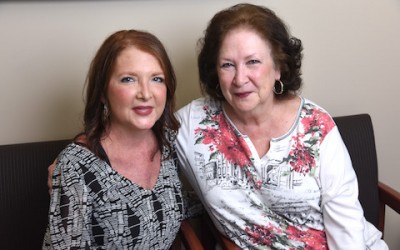 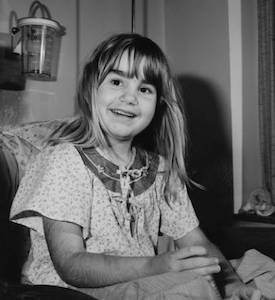