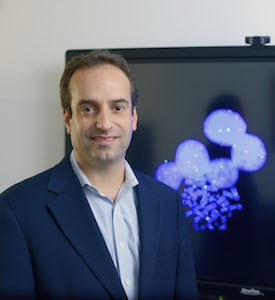 Newswise — DALLAS – Dec. 8, 2015 – The Academy of Medicine, Engineering and Science of Texas (TAMEST) has selected Dr. Joshua Mendell, Professor of Molecular Biology at UT Southwestern Medical Center and a Howard Hughes Medical Institute Investigator, as the recipient of the 2016 Edith and Peter O’Donnell Award in Medicine.

Dr. Mendell, a scientist known for his work on the role of noncoding RNAs in cancer and tissue regeneration, will be honored Jan. 21, 2016, during TAMEST’s annual conference in Dallas.

TAMEST presents four Edith and Peter O’Donnell Awards each year – in medicine, science, engineering, and technological innovation – to recognize Texas researchers whose work exemplifies excellence in advancing understanding of important unmet needs. Each award consists of a $25,000 honorarium, a citation, a trophy, and an invitation to speak at the conference. The 2016 honors mark the 10th anniversary of the O’Donnell awards program.

“It is a fantastic honor to receive this award from the O’Donnell family and TAMEST. The members of TAMEST are role models for all scientists in Texas, and it is especially meaningful to receive recognition from this illustrious group,” said Dr. Mendell, who is also a member of UT Southwestern’s Harold C. Simmons Comprehensive Cancer Center and the Hamon Center for Regenerative Science and Medicine.In 2009, Dr. Mendell published a study in Cell that found suppressed levels of one noncoding RNA called microRNA 26a (miR-26a) in a mouse model of liver cancer. Based on this result, his research team hypothesized that microRNA replacement therapy might represent a novel treatment strategy. They found, remarkably, that delivery of miR-26a to mice dramatically inhibited cancer progression and killed liver cancer cells without harming nearby healthy cells and tissue. More recently, Dr. Mendell’s laboratory team showed similar results in a mouse model of intestinal cancer and, in yet another study, reported that microRNAs are important in wound healing.

MicroRNAs serve as brakes that help regulate how much of a protein is made, which, in turn, determines how cells respond to various stimuli.

“These promising proof-of-concept results helped set the stage for delivery of microRNA-based therapies for cancer and other diseases that are now being tested in clinical trials,” Dr. Mendell said.

“Dr. Mendell’s groundbreaking investigations are accelerating discoveries of new therapeutic strategies that have the potential to eradicate tumors without harming nearby tissue,” said Dr. Daniel K. Podolsky, President of UT Southwestern.Dr. Eric Olson, Chair of Molecular Biology and Director of the Hamon Center for Regenerative Science and Medicine, described Dr. Mendell as a trailblazer.

“Josh Mendell is highly deserving of this award for his pioneering work on the functions of noncoding RNAs in cancer and tissue regeneration. In addition to their fundamental scientific importance, his discoveries open many new therapeutic opportunities,” said Dr. Olson, who holds the Pogue Distinguished Chair in Research on Cardiac Birth Defects, the Robert A. Welch Distinguished Chair in Science, and the Annie and Willie Nelson Professorship in Stem Cell Research.

Dr. Mendell said the award would not have been possible without the dedication and hard work of members of his laboratory, both past and present, as well as his amazing UT Southwestern colleagues. In particular, Dr. Olson and other members of the Department of Molecular Biology have created an environment that fosters truly outstanding science, he added.

Dr. Mendell earned his undergraduate degree in biology from Cornell University and later completed an M.D. and Ph.D. in human genetics from the medical scientist training program at Johns Hopkins University. He joined the Johns Hopkins faculty, then came to UT Southwestern in 2011. That same year, Dr. Mendell was named a Cancer Prevention and Research Institute of Texas Scholar in Cancer Research.

The Edith and Peter O’Donnell Awards are named in honor of the O’Donnells, who are among the state’s staunchest advocates for excellence in scientific advancement and STEM (science, technology, engineering, and mathematics) education.“The O’Donnell awards, which annually highlight some of the most promising investigators in Texas, could not have been possible without the exceptional vision of Edith and Peter O’Donnell, who also have been dedicated, generous supporters of UT Southwestern for many years,” said Dr. Podolsky, who holds the Philip O’Bryan Montgomery, Jr., M.D. Distinguished Presidential Chair in Academic Administration, and the Doris and Bryan Wildenthal Distinguished Chair in Medical Science.