UTEP Professor’s Study May Lead to Solutions for Overeating 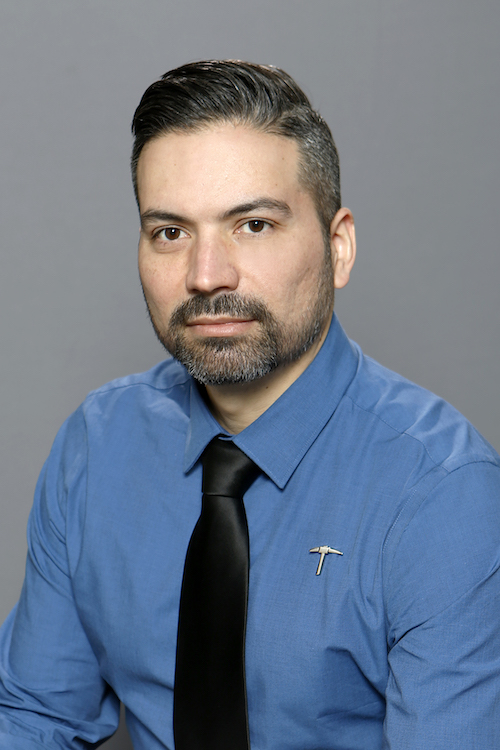 Science is a step closer to a new response to obesity, thanks in part to a study conducted by a team that included Sergio Iñiguez, Ph.D., associate professor of psychology at The University of Texas at El Paso.

Newswise — EL PASO, Texas – Science is a step closer to a new response to obesity, thanks in part to a study conducted by a team that included Sergio Iñiguez, Ph.D., associate professor of psychology at The University of Texas at El Paso.

The 10-member team led by Brandon Warren, Ph.D., assistant professor of pharmacodynamics at the University of Florida, made discoveries about a specific area of the brain tied to recollection and the desire to seek and consume food. It could lead to a way to inhibit the desire to overeat.

Iñiguez, who directs UTEP’s Iñiguez Behavioral Neuroscience Lab and helped design novel experimental techniques for the research, said that people tend to overeat when exposed to cues or environments that remind them of treats, which is one reason why people opt for dessert even after a filling meal. The study showed that neurons in a specific part of the brain control the link between the cue (seeing the dessert) and the action (ordering the dessert). Iñiguez and team found that animal subjects consumed fewer treats when they regulated that region of the animal’s brain.

The techniques and the data eventually could help overcome some issues linked to obesity such as stroke, Type 2 diabetes, high blood pressure, high levels of bad cholesterol, and coronary heart disease.

“This is a big discovery because we now have experimental tools that allow us to turn off neurons while the subjects engage in a specific behavior,” Iñiguez said. “This research shows that a specific part of the prefrontal cortex of the brain is important for the initial stages of learning to seek food.”

Research results were published recently in eNeuro, a journal of the Society for Neuroscience.

The latest journal publication comes on the heels of a successful 2020 for Iñiguez, when his research was published in three top journals: Neuropsychopharmacology, Biological Psychiatry and Proceedings of the National Academy of Sciences of the United States of America.

The University of Texas at El Paso is one of the largest and most successful Hispanic-serving institutions in the country, with a student body that is 83% Hispanic. It enrolls nearly 25,000 students in 166 bachelor’s, master’s and doctoral programs in 10 colleges and schools. With more than $100 million in total annual research expenditures, UTEP is ranked in the top 5% of research institutions nationally and fifth in Texas for federal research expenditures at public universities.