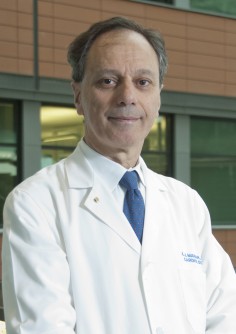 Newswise — A professor-researcher in cardiology from the University of Texas Health Science Center in Houston will present “Sir William Osler and Modern Genetic-Based Precision Medicine” for the 2016 Leonard Leight Lecture at the University of Louisville.

The Leonard Leight Lecture is presented annually by the Division of Cardiovascular Medicine in the Department of Medicine at the University of Louisville School of Medicine. For 30 years until 1996, Leight was a practicing cardiologist in Louisville and played a major role in developing cardiology services and bringing innovative treatment modalities in heart disease to Louisville.

The Leonard Leight Lecture series was established in 1994 and is made possible by gifts from Dr. and Mrs. Kurt Ackermann and Medical Center Cardiologists to the Jewish Hospital & St. Mary’s Foundation.

Recognized internationally for his research achievements and expertise in genetics of cardiomyopathies, Marian is the George and Mary Josephine Hamman Foundation Distinguished Professor in Cardiovascular Research and the director of the Center for Cardiovascular Genetic Research at The Brown Foundation Institute for Molecular Medicine, University of Texas Health Science Center at Houston.

A past recipient of both the American Heart Association’s Established Investigator Award and the Burroughs Wellcome Fund’s Clinician-Scientist Award in Translational Research, Marian has served on the editorial boards of Circulation, Circulation Research, Journal of The American College of Cardiology and Genetics in Current Atherosclerosis Reports, among others, and has been lead or co-author of more than 100 manuscripts in peer-reviewed journals. He is actively involved with NIH grant reviews and has been a member of review committees on several panels and study sections.

Regarded as the “Father of Modern Medicine,” Sir William Osler was a Canadian physician and in 1889, became founding physician-in-chief of Johns Hopkins Hospital in Baltimore. He later was a founding professor of Johns Hopkins School of Medicine, created the first residency program for specialty training of physicians and was the first to bring medical students out of the lecture hall for bedside clinical training.

Osler was known to have recognized the differences in the way disease manifests itself in each patient. “Variability is the law of life,” he said, “and as no two faces are the same, so no two bodies are alike, and no two individuals react alike and behave alike under the abnormal conditions which we know as disease.”

This recognition of the variability of patients’ reaction to disease is at the heart of today’s genetic-based precision medicine, and Marian will examine how Osler’s observations can provide insight in 21st Century medicine.