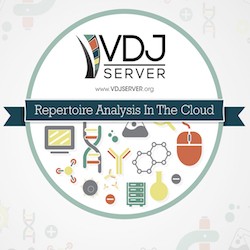 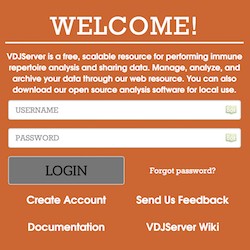 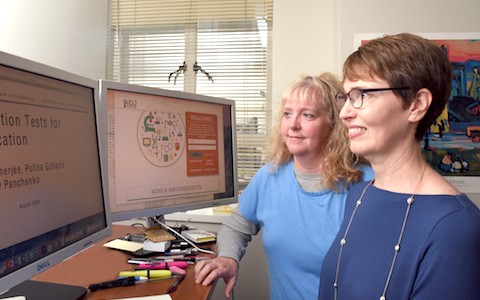 Newswise — DALLAS – June 15, 2017 – UT Southwestern scientists who created a powerful analytic weapon in the fight against cancer and infectious diseases are making that tool available for free via a web-based portal.

The open-source VDJServer provides a data management framework and suite of analytic tools to study the genetic makeup of the disease-fighting receptors located on the surface of a class of white blood cells called lymphocytes. In order to recognize disease-causing pathogens, a well-functioning adaptive immune system creates millions of different proteins for use as cell surface receptors. That protein library is called the immune repertoire.

The new analytic tools – accessible via a web portal – run on high-performance computers at UT Austin’s Texas Advanced Computing Center (TACC), said Dr. Lindsay Cowell, Associate Professor of Clinical Sciences at UT Southwestern Medical Center and leader of the team that developed the software at the core of project.

“A person’s adaptive immune system is remarkable in its ability to detect and respond to a vast and constantly changing array of pathogens and other threats. This response is possible due to the size and diversity of the immune repertoire, Dr. Cowell said.

The software – developed with support from the National Institute of Allergy and Infectious Diseases – is relevant for scientists studying a wide range of diseases as well as for basic science researchers investigating the development and function of the immune system. Applications of the software to cancer biology have increased in recent years as immunotherapies have been created to fight a variety of cancers by boosting the immune system’s response, she added.

The idea for VDJServer started with three UT Southwestern faculty members: Dr. Cowell; Dr. Nancy Monson, Associate Professor of Neurology and Neurotherapeutics and of Immunology; and Dr. Richard Scheuermann, who is now Director of Informatics at the J. Craig Venter Institute in San Diego. They teamed up with computational experts at the TACC.

“We recognized there would be a need in the scientific community for computational tools to facilitate the analysis of the immune repertoire,” Dr. Cowell said.

The project took about a year of case analysis and planning and another year of basic infrastructure development followed by the addition of functionality and improvements to the web interface. Designing the portal to appeal intuitively to biologists without backgrounds in bioinformatics proved challenging, she said. The project launched in late 2016, although improvements continue.

Now the team’s challenge is scale – designing algorithms that enable increases in the size of the data sets that are analyzed or even to incorporate new kinds of computations, she said.

This summer and fall, Dr. Cowell and her team are conducting community outreach and user recruitment. The project, recently showcased on the TACC website, will be one of the resources discussed at the American Association of Immunologists’ Big Data Analysis in Immunology course in September.

This news release is available on our website at utsouthwestern.edu/news.

To automatically receive news releases from UT Southwestern via email, subscribe at utsouthwestern.edu/receivenews.