Researcher Sachin Gadani explains the discovery. The video begins with a synopsis of selected quotes; a longer, master version of the interview follows beginning at 1:30. B roll begins at 9:07. Members of the media may download and use the video for news reporting purposes. 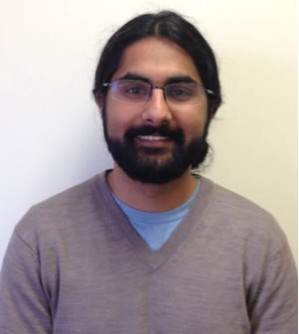 Sachin Gadani, of the University of Virginia School of Medicine. 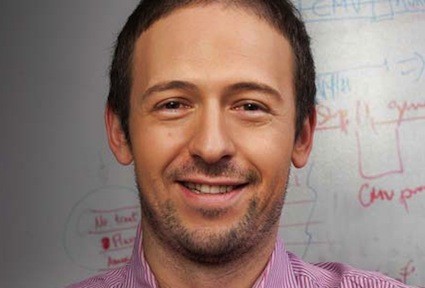 Jonathan Kipnis, PhD, of the University of Virginia School of Medicine's Department of Neuroscience. Kipnis is director of the Center for Brain Immunology and Glia.

Newswise — Hot on the heels of discovering a protective form of immune response to spinal cord injury, researchers at the University of Virginia School of Medicine have pinpointed the biological trigger for that response – a vital step toward being able to harness the body’s defenses to improve treatment for spine injuries, brain trauma, Alzheimer’s disease and other neurodegenerative conditions.

Sounding the AlarmThe trigger for the immune response, the molecule interleukin-33, is concentrated in what is known as “white matter” in the healthy brain and spinal cord. Interleukin-33, the researchers have discovered, is released upon injury and activates cells called glia, beginning the body’s protective response and promoting recovery. “It’s the first thing that tells the immune system that something’s been damaged,” explained UVA’s Sachin Gadani, the lead author of a new paper outlining the discovery. “It’s how the immune system initially knows to respond.”

The researchers aren’t sure if interleukin-33 has other roles to play in addition to its role in injury response. “Interleukin-33 must be important to the central nervous system. It is expressed all the time — even in the healthy state — and we’ve only described its activity after injury,” said Jonathan Kipnis, PhD, professor in the Department of Neuroscience and director of the Center for Brain Immunology and Glia. “From an evolutionary perspective it makes little sense. The system produces this constantly just in case of injury that may never come? I’d be surprised if there was no function beyond injury. IL-33 may represent a language through which CNS is constantly talking with the immune system — or, in other words, a molecular mind-body connection.”

Effects on Injury OutcomesKipnis noted that problems with interleukin-33 could contribute to poor outcomes after spine or brain injuries. “It’s possible that if there’s some problem with this molecule in patients, they will have poor alarm signaling, and they will have very poor outcomes,” he said.

Eventually, the findings could lead to both improved treatments and new diagnostic tests for brain and spinal cord injury, Alzheimer’s and other conditions.

Impressive WorkKipnis saluted Gadani for his contributions to the work – contributions all the more impressive considering that Gadani is still a graduate student in UVA’s Medical Scientist Training Program. “He came in with this idea, and from the initial idea to the final paper, he drove the research. And he’s only in his third year of graduate school,” Kipnis said. “Credit goes to our MST program that it is able to recruit such a high caliber of students.”

Published in NeuronThe findings have been published online by Neuron, a premier neuroscience journal for peer-reviewed research. The article was authored by Gadani, James T. Walsh, Igor Smirnov, Jingjing Zheng and Kipnis. 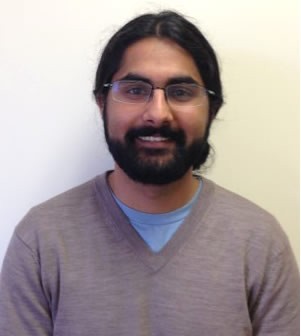 Caption: Sachin Gadani, of the University of Virginia School of Medicine. 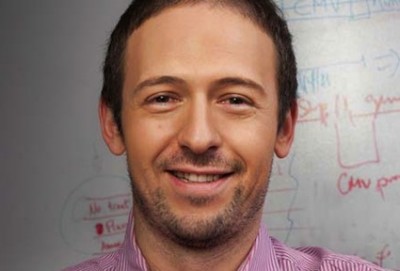 Caption: Jonathan Kipnis, PhD, of the University of Virginia School of Medicine's Department of Neuroscience. Kipnis is director of the Center for Brain Immunology and Glia.