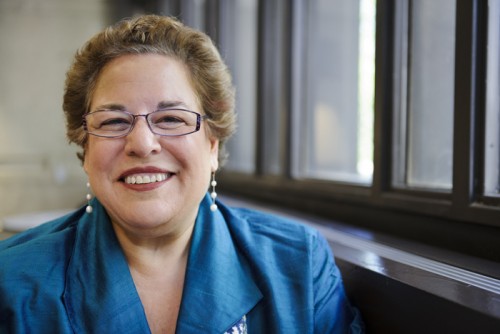 Newswise — MADISON, Wis. – R. Alta Charo, a professor of law and longtime student of the regulation and ethics of biotechnology, was named co-chair of a study committee established Nov. 12 by the National Academies of Sciences, Engineering, and Medicine to look into the implications of a faster, easier and more precise method for "editing" genes.

The committee, whose membership includes Dietram Scheufele, professor of life sciences communication at UW-Madison, will focus on CRISPR, a technology that enables pinpoint alterations while requiring far less expertise and equipment than before.

University Communications sat down with Charo to discuss her assignment and the many implications of gene editing.

Q: What is gene editing, and why is it so useful — and potentially dangerous? A: Gene editing is the newest and most powerful form of genetic engineering. It's a game changer because it makes genetic engineering dramatically faster, cheaper and easier. Gene editing has tremendous implications for everything from treating cancer tumors to recreating lost heirloom varieties of tomatoes – to say nothing of reviving extinct species like the woolly mammoth or creating bioterror weapons. It also opens up the possibility of editing the human germ line — our sperm, eggs and embryos. These changes would not only affect that one child, but all of his or her descendants.

Q: What is the assignment to the Human Gene Editing: Scientific, Medical and Ethical Considerations study?

A: We'll be looking at some of the most likely applications in human health. What kind of risks and benefits do they offer in theory? Do we have an adequate regulatory pathway to manage those risks and benefits? We'll be thinking particularly about advice for the U.S. government, but also more broadly. Governmental systems are so varied, and we can't expect every country to agree, but we can search for general principles, such as whether changes that affect people in the future should be approached more cautiously than those that only affect people today who consent to be research subjects. We will not touch the national security implications, or the issue about altering microbes to make them more virulent or pathogenic; I am on the planning committee for a different series of National Academies meetings on those topics.

Q: Editing of the "human germ line" has been singled out for scrutiny. Why?A: Changes to germ line cells will affect all subsequent generations. Ethically, it offers possible benefits to — but imposes risks on — people who were never involved in the original decision. And whatever happens, good or bad, will reverberate down the generations. I was privileged to be at a meeting in January, organized by leading scientists who have guided biotechnology since its inception, that called for a temporary moratorium on germ line editing, to allow time for more thought and research. But germ line engineering is, in my opinion, the least likely gene editing application in the near term — potentially forever. Established methods could, a lot more simply, avoid some grievous or fatal genetic defects. You could adopt a child or use donor sperm and eggs. Or you could use in vitro fertilization and pre-implantation genetic diagnosis for embryo selection to avoid bringing a child into the world who will suffer with a serious disease. That's likely to be a lot simpler than trying to correct a defect with gene editing.

Q: People have been using genetic engineering for decades. Why the big deal now? A: With CRISPR, it's possible to imagine genetic engineering becoming much more common, done by more people with far less training, in many more laboratories. Since it won't be focused on a limited number of corporate or university labs, it will be more difficult to track what’s going on, which raises questions of whether and how one could control its uses.

Q: How can we maximize the benefits of gene editing? A: The first and most important step is to refine the technology, so that the chance of unintended effects is reduced and the chance of achieving the desired changes is increased. Second, we need to understand just when gene editing really offers a benefit (as compared to existing options) that might justify the remaining risks. This may well be a different calculus when we consider cell therapy — for example, treating a tumor — as opposed to germ line therapy that transcends generations.

Q: Do you expect that the fervid opposition to genetically engineered food might transfer to this new technology? A: With genetically engineered food, there has been a steady drumbeat of scientific data indicating that the feared risks are not materializing. But opposition remains, often linked to concerns about the reliability of government oversight, or the spiritual, even religious attachment to ideas of nature — the instinct that whatever is “natural” is somehow safer. Gene editing may well encounter similar responses. But nature is inherently neither good nor bad, neither safe nor dangerous. That’s why we work so hard to complement it with inventions born of our intelligence and imagination.

More information from the National Academies