UW Medical Center is the 11th U.S. hospital to achieve that volume, and the only such provider in the Pacific Northwest.

Newswise — UW Medicine’s lung-transplant team, the only such providers in the Pacific Northwest, performed their 1,000th transplant on July 7, 2019.  Ten other U.S. programs have reached such a milestone.

“This is even more of an achievement when you consider that our patients and donors are scattered far and wide, even from Alaska and Hawaii, and donor organs’ travel time is often greater, creating more risk,” said Dr. Michael Mulligan, UW Medicine chief of cardiothoracic surgery and program director for lung transplant.

Lindsey Decker, 33, of Tri-Cities, Washington, received two donor lungs and was patient No. 1,000. For 10 years she has fought pulmonary hypertension, a condition in which her lungs’ blood vessels overproduced cells, causing the vessels to thicken such that her heart, even pumping very vigorously, could not sufficiently oxygenate her body. Ultimately her heart and lungs began to fail.

“My heart is still working hard because it’s used to having to compensate,” Decker said this week from her bed. “It will be a while longer before I get that deep-breath satisfaction because the nerves in my new lungs aren’t totally communicating with my body yet. I’m still rebuilding muscles and it’s quite a process.”

Decker said she will start intense physical therapy next week and hopes to be discharged from inpatient care in early September. She is thrilled to have lost her skin’s sunburned appearance, a side effect of medication she took for a decade but no longer needs.

Since 2009, Mulligan and specialists in pulmonology and acute care have managed about 50 transplants per year at UW Medical Center.

“The feeling of being short of breath or suffocating is awful; imagine living that way day-to-day, hour to hour,” Mulligan said. “We’re doing everything we can to help everyone we can. Organ donation is critically important, and we’re asking everyone to lean in and support your community by signing up to be an organ donor.”

Before 2005, the United Network for Organ Sharing system for donor-organ allocation prioritized patients’ length of time on the waiting list – essentially first-come, first-served. That year, the system was changed to prioritize the patients at most risk of dying without a transplant. The change has helped to reduce patients’ likelihood of dying while on the waiting list, but it also has resulted in routinely transplanting patients who are very ill.

Among lung-transplant recipients, 51% survive five years, according to the National Heart, Lung, and Blood Institute.  UW Medicine’s longest survivor is Ken Price, 56, of Kirkland, who received donor lungs on July 7, 1993.

“I had cystic fibrosis, and none of the therapies that extend life for CF patients today was available yet. So it was 100 percent fatal without a transplant,” Price said. “But it also was the early days of lung transplants and I was one of the first at UW Medical Center. Even with the transplant, the doctors didn’t sugarcoat it. I was told my prognosis was extremely uncertain.”

Price knows he is a unicorn in terms of his 26-year post-op survival. He still must take anti-rejection medication, but his body has seemingly accepted the donor organ permanently.

Mulligan called Price’s case a “wonderful state of tolerance that we all celebrate but cannot yet induce for any patient.”

“Long-term graft acceptance is the big riddle that, if we could solve, we’d be in great shape. What we’re doing in the lab now is trying to identify unique molecular signatures that would identify who might have that kind of acceptance. And we’re trying to develop treatments that produce that state,” he said. 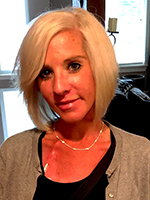 Caption: For 10 years, Lindsey Decker, 33, of Tri-Cities, Washington, took medication that, as a side effect, gave her a sunburned appearance. New lungs have resolved that. 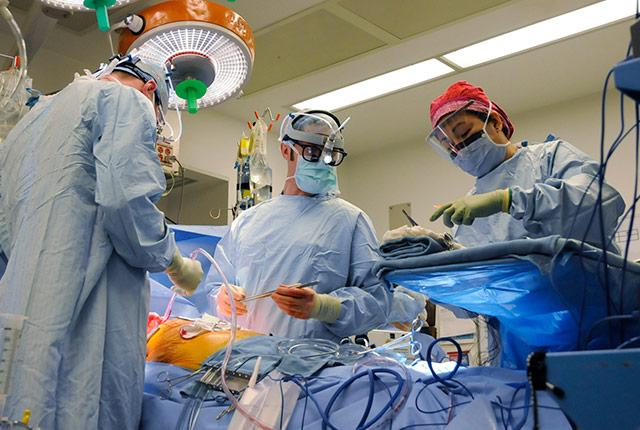 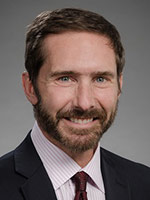