Work adds to a growing body of evidence on the issue 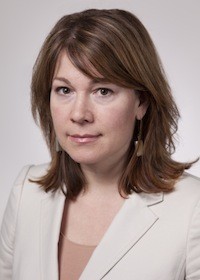 Newswise — A researcher at the University of Wisconsin-Milwaukee (UWM) has added to a growing body of evidence that links autism to air pollutants such as those generated by cars and trucks.

Amy Kalkbrenner’s study, published this week online at the journal Epidemiology, showed that pollution’s impact on autism rates in North Carolina is similar to results of pollution-autism studies in California – despite weather and climate differences between the two states.

In addition, the work of Kalkbrenner and her colleagues, building on previous studies, showed that women in the third trimester of pregnancy were more susceptible to the damaging effects of air pollution on their unborn child.

“It adds another piece supporting the hypothesis that environmental chemicals are part of the autism puzzle,” says Kalkbrenner, an assistant professor in UWM’s Joseph J. Zilber School of Public Health. Autism, a spectrum of disorders affecting interpersonal relations and work achievement, now affects some 1 in 68 children in the U.S.

Her research team focused on exposure to coarse and fine particulate matter, known as PM10, which arises in part from traffic-related air pollution. The study evaluated records in the two states, covering pre-conception through the first birthday for 87,000 children in North Carolina and 77,500 in California born in the mid-to-late 1990s. Key regions in each state were selected based on researchers’ ability to simultaneously measure the level of particulate matter present, and know which children had autism in these regions.

Researchers used a new, more exact tool to measure the levels of particulate matter in smaller slices of time, based on pollution at the family’s address during pregnancy. With this method, they were able to compare exposures during specific weeks of pregnancy. The approximately one thousand children who later developed some form of autism spectrum disorders were then compared to all other children.

Kalkbrenner says it was important to look at eastern states because of the differences in climate, seasonal weather patterns and the chemical make-up of the particulate matter that might impact brain development. “Evidence for a link between a chemical exposure and a health impact like autism is stronger when it can be shown in more than one region.” The team found that the concentration of particulate matter was highest among children born in summer months in North Carolina and those born in fall and winter months in California.

Reasons for increased susceptibility in the third trimester of pregnancy are not known at this time. However, Kalkbrenner says this finding is consistent with theories that show links between autism and altered brain network development, specifically synaptic connections that are developing during the final months of pregnancy.

“We’ve now had three solid studies saying the same thing. The evidence is pretty compelling that something is going on with air pollution and autism,” says Kalkbrenner, who adds that further study is needed to determine the neurodevelopmental impacts of specific chemical pollutants during precise developmental windows.

To see the complete study, go to http://journals.lww.com/epidem/Abstract/publishahead/Particulate_Matter_Exposure,_Prenatal_and.99266.aspx