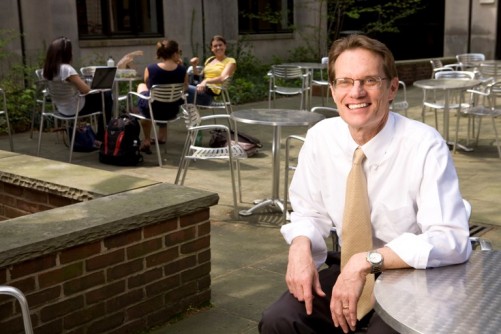 [Media Note: Vanderbilt has a 24/7 TV and radio studio. The studio is free for Vanderbilt experts, other than reserving fiber time]

The testimony of some police officers who are “quite willing” to lie to convict people they consider to be guilty is increasingly clashing with the stories told by recording technology, says Vanderbilt University Law School expert Chris Slobogin, who helped popularize the term “testilying.”

Most recently, video obtained by The New York Times showed an April 4 shooting in North Charleston, South Carolina. Police officer Michael Slager is facing murder charges in the deadly shooting of Walter Lamar Scott, who had been stopped for a traffic violation. Slager claimed he believed he was in danger after Scott stole his stun gun. The video, which appears to have been filmed by bystanders, does not seem to bear out that version of events.

“Before this technology came along, those police willing to do so could get away with lying pretty routinely,” said Slobogin, Milton R. Underwood Chair in Law and director of the Criminal Justice Program at Vanderbilt University Law School. “As we see from the Scott case, they’re now being caught red-handed more often.”

Police departments have been willing to invest in tools like car-cams, closed-circuit television and body cams because they do help nab criminals and can protect police from false claims, Slobogin says. “But at the same time, it captures the police when they’re up to no good.”

The term “testilying” was adopted by researchers from police themselves, Slobogin says.