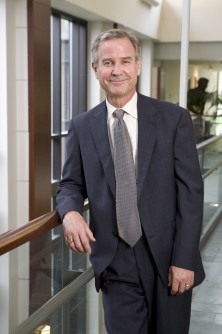 Newswise — The best activist hedge funds for investors are those that make the most sizable investments, say researchers who have produced a top 10 list of the best such funds. The No. 1 fund belongs to investor Carl Icahn.

“It’s the size of the investment that matters rather than how many investments you make,” says Randall Thomas, the John S. Beasley II Professor of Law and Business at Vanderbilt Law School and professor of management at Vanderbilt’s Owen Graduate School of Management.

Activist hedge funds specialize in purchasing enough of a company’s shares that they can push for changes to raise stock value. Sometimes they use a cooperative approach with company management, and other times they use hostile tactics such as lawsuits or threatening a takeover. The more the investment, the more pressure an activist hedge fund can apply.

Some competing activist hedge funds follow a strategy of spreading their investments more widely but also thinly among diverse companies. These investors are less able to actually get involved in changing the companies in which they’re investing.

“This is not perceived by the market as a positive thing,” Thomas said.

The study is “Top Hedge Funds and Shareholder Activism,”. Thomas co-wrote the paper with C.N.V. Krishnan, professor of banking and finance at Weatherhead School of Management at Case Western Reserve University; and Frank Partnoy, George E. Barrett Professor of Law and Finance at University of San Diego School of Law. [Media Note: Vanderbilt has a 24/7 TV and radio studio. The studio is free for Vanderbilt experts, other than reserving fiber time.]