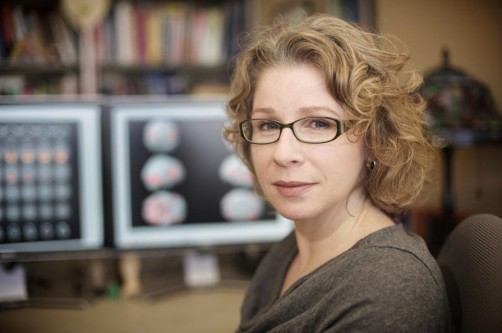 Newswise — Shyness may be the result of deficits in two areas of the brain, new research from Vanderbilt University finds.

Extremely shy or inhibited individuals are typically slow to acclimate to new people.

The study, recently published in the journal Social Cognitive and Affective Neuroscience, found that individuals who identified themselves as inhibited may experience habituation failure — or the inability to adapt to new stimuli — in the amygdala and the hippocampus regions of the brain.

Individuals with an uninhibited temperament demonstrated habituation in both the amygdala and hippocampus. Their brain response increased when the faces were new but declined as they became familiar.

In contrast, individuals with an inhibited temperament failed to habituate across repeated presentations of faces, meaning familiar faces triggered the same brain response as the unfamiliar.

“This failure to habituate provides a novel neural mechanism for understanding the shy and cautious behavior that is characteristic of inhibited individuals,” said Jennifer Urbano Blackford, Ph.D., assistant professor of Psychiatry and Psychology and lead author of the study.

“Individuals who familiarize more slowly may find encounters with new people overwhelming and thus avoid new social experiences, whereas those who adjust more quickly may be more likely to seek novel social experiences.”

She is continuing her research by studying inhibited children to see if this brain deficit is present early in development.