Variabilities in Children's Speech Perhaps Not So Concerning

Speech patterns of children are often compared with those of adults, but this ignores developmental and socioeconomic factors that affect how young kids talk. 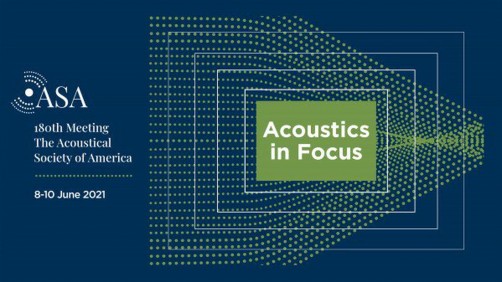 Newswise — MELVILLE, N.Y., June 8, 2021 -- Variations in children's speech has traditionally been attributed to developmental delays. Recent work suggests the reasons for variability are not so clear, and an immediate call for treatment may need to be reconsidered.

During the 180th Meeting of the Acoustical Society of America, which will be held virtually June 8-10, Margaret Cychosz, from the University of Maryland, will discuss the need to better understand these variations. Her presentation, "Reconsidering variability in child speech production," will take place Tuesday, June 8, at 11:35 a.m. Eastern U.S.

Cychosz said speech patterns measured by artificial intelligence applications are particularly unreliable, since these often depend on databases of adult speech, which is very different from child speech.

"Children have a smaller anatomy -- smaller heads, smaller tongues, smaller vocal tracts -- but they're not just miniatures of adults, so we can't apply a simple function to transform all of the algorithms trained on adult speech," Cychosz said.

Even within populations of children, different developmental rates, dialects, and exposure to languages can cause vast distinctions in speech.

"When we don't factor in the languages and dialects that children are learning at home, and we don't include representative samples for the design of standardized speech-language tests, we sometimes end up pathologizing bilingual children or children who speak additional dialects, which definitely doesn't help them reach their fullest potential," said Cychosz.

Developing a larger database of speech from children can help artificial intelligence overcome this bias, but Cychosz said adult listeners also need to be aware of these factors and note the subtle differences in sounds made by children that may be imperceptible to adults.

"Just because a child says 'tatch' instead of 'catch' doesn't always mean that they don't know or aren't trying to say the word correctly. Instead, children are gradually learning to make this distinction. It's a step along the way to speaking like an adult."

Cychosz emphasized the role of caregivers in this process. Hearing different words used in different ways is important for children's development and can even aid with reading in the longer term.

"One way to do that is to talk about things outside of the here and now. What did you do yesterday? How much time will we spend at the park?" she said. "These types of interactions help children construct larger vocabularies and practice pronouncing tough sounds in new contexts."

In the coming weeks, ASA's Worldwide Press Room will be updated with additional tips on dozens of newsworthy stories and lay language papers, which are summaries of presentations written by scientists for a general audience and accompanied by photos, audio and video. You can visit the site during the meeting at http://acoustics.org/world-wide-press-room/.

We will grant free registration for credentialed and professional freelance journalists who wish to attend the meeting sessions. If you are a reporter and would like to attend, contact the AIP Media Line at [email protected]. We can also help with setting up interviews and obtaining images, sound clips or background information.

Press briefings will be held virtually during the conference. Credentialed media can register in advance by emailing [email protected] and including your full name and affiliation in the message. The official schedule will be announced as soon as it is available, and registered attendees will be provided login information via email.

180th Meeting of the Acoustical Society of America