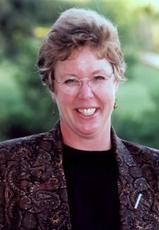 Newswise — Research at the University of Arkansas suggests that the very training that prepares soldiers to react quickly in combat leaves the individual vulnerable to a variety of emotional and psychological problems upon return to civilian life. Conditions in Iraq have produced particularly traumatic effects among troops.

"What we learned talking to soldiers and mental health professionals affirms the findings of the Department of Defense Health Board Task Force on Mental Health, particularly regarding the stigma attached to psychological problems and the shortcomings in available treatment," sociologist Lori Holyfield said.

Holyfield led a team of researchers in the Veterans Oral History Project. They collected oral histories of returning veterans of the war in Iraq as well as mental health professionals, both those who were active in the field and those who work in Veterans Administration facilities.

She then analyzed the oral histories along with other accounts by soldiers and mental health professionals from military blogs, documentary films and news coverage. Holyfield and graduate student Crosby Hipes will present the results in a paper titled "Emotions and Edgework in the Military: Construction of a Post-Combat Self" on Saturday, Aug. 2, at the annual meeting of the Society for the Study of Symbolic Interaction in Boston.

Holyfield used what sociologists have learned about emotions and "edgework" as a framework for analyzing data about the soldiers' experiences. Edgework is what sociologists call voluntary risk-taking behavior involving a negotiation between danger and safety in life-and-death situations. Certain fields, such as search-and-rescue units, engage in occupational edgework. However, the researchers wrote, "The inability to retreat in combat places combat on the far end of the continuum of edgework."

There are four stages in edgework: preparation involves confidence-building, performance is marked by suppression of emotions, completion allows a release of emotions, and maintenance is a time for redefining emotions.

During the preparation stage in basic training, soldiers develop strong bonds with each other " a sense of brotherhood " and a new identity: their combat self. They prepare for combat, for "kill or be killed" situations in which they must be able to react without reflecting.

Typically, the performance stage of edgework is marked by hyper-arousal and the suppression of emotions. This stage is particularly intense in Iraq, where all soldiers exist constantly in a combat zone. They exercise emotional control while under constant alert.

"In Iraq, even the most benign occupation " a cook or a company clerk " is under threat," Holyfield said. "There is no delineated frontline, and soldiers are always vulnerable."

The soldiers interviewed consistently reported feelings of hyper-arousal. One soldier described how he felt after his unit survived an ambush: "There was exuberance and a massive adrenaline rush. "¦ I never experienced anything like that before. Because you were scared, but never felt so alive."

While many emotions are suppressed, the constant threat can lead to extended states of anger or rage. Anger, Holyfield said, "is seen as an allowable emotion for venting around fellow soldiers," since soldiers cannot leave the edgework arena.

The anger often resurfaces in the completion stage of edgework. As one soldier said, "I was either angry or extremely excited, the whole time I was over there. Anger is good. Being excited is good. Being sad and all that can just be swept off to the side."

In the maintenance phase of edgework, when soldiers return home, they must establish control of their emotions and reconcile their feelings and their actions. But, the researchers write, when basic emotions have been continually repressed, "the ability to get a perspective on one's self is blocked."

Soldiers are especially vulnerable during the transition phase as they return to civilian life. Some soldiers deal with this phase, the researchers found, by redefining their emotions in hyper-masculine ways, such as toughness or self-sacrifice.

"The hyper-masculine approach that supported edgework in combat also renders the post-combat self more precarious," the researchers wrote. "Emotions that were considered necessary in combat become problematic once soldiers return."

Soldier interviews confirmed the findings of the Department of Defense task force that reporting psychological problems still leads to stigmatization or reduced security clearance, a problem that is compounded by a lack of accessibility to mental health workers. These actions leave little incentive for soldiers to be honest about their emotional and psychological needs. Mental health problems among returning soldiers are at a crisis level, with high rates of post-traumatic stress disorder and increasing rates of suicide, substance abuse and alcoholism. The numbers of mental health workers per soldier are declining in Iraq. Meanwhile, the Veterans Administration is working to increase its mental health staff and reach out to young soldiers in hopes of assuring them that the VA is no longer just "their father's resource."

"Military training by its very nature subordinates the self to that of the collective identity of the group, persuading soldiers to accept and follow orders given by superiors, regardless," the researchers wrote. "Occupational edgework is costly and thousands of soldiers are returning with a post-combat self that reflects this reality."

Holyfield is an associate professor in the department of sociology and criminal justice in the J. William Fulbright College of Arts and Sciences at the University of Arkansas. Her research colleagues at the University of Arkansas were Mindy Bradley, assistant professor in sociology and criminal justice, and graduate students Hipes and Melodie Griffis.

The Veterans Oral History Project was partly funded by a grant from the University of Arkansas Women's Giving Circle and is conducted in partnership with the Library of Congress and the Pryor Center for Visual and Oral History, a part of the special collections department of the University Libraries.

Society for the Study of Symbolic Interaction