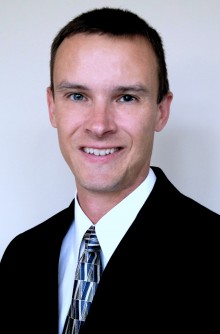 "Our findings are promising, but it is not entirely clear whether these improvements were the result of added vibration or just the effects of being more active," said lead author Tony Kaleth, associate professor in the School of Physical Education and Tourism Management at Indiana University-Purdue University Indianapolis.

"Effects of whole-body vibration exercise on physical function and pain severity in patients with fibromyalgia" was discussed on Thursday during the clinical populations session at the American College of Sports Medicine annual meeting in Orlando, Fla.

Regular exercise participation is one of the best known therapies for patients with fibromyalgia, a disorder characterized by widespread musculoskeletal pain and fatigue. Many patients, however, are averse to participating over fears of pain that may be associated with increased physical activity. As a result, said Kaleth, many patients continue to spiral downward, further exacerbating a sedentary lifestyle that often leads to a worsening of symptoms.

"Over time, this can lead to additional weight gain, as well as accompanying chronic health conditions associated with obesity, such as high blood pressure, and type 2 diabetes," he said.

Whole-body vibration exercise involves standing, sitting or lying on a machine with a vibrating platform that causes muscles to contract and relax as the machine vibrates. The machines primarily are used by researchers but have begun appearing in fitness centers and are sold commercially.

"Vibration training is increasingly being studied in clinical populations as a potential therapeutic mode of exercise training," Kaleth said. "Although the results are largely equivocal and in need of further study, studies have reported improvements in strength, muscle spasticity and pain in select populations."

Fibromyalgia, which has no cure, is primarily diagnosed in women and may also involve difficulties with sleep, memory and mood. The disorder affects an estimated 1-3 percent of the population.