It's All in Your Head: SJU Neuropsychology Professor Examines the Effects of Multiple Concussions 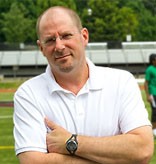 Newswise — With the Super Bowl around the corner, fans anticipate the culmination of a long, hard-fought season. Audiences watch anxiously in hopes that their team can complete the game not only with a victory, but also without injury to the players. An injury that has become synonymous with the NFL is the concussion.  Even after the lights in U.S. Bank Stadium in Minneapolis, Minnesota, go dim on Feb. 4, lingering effects of concussions will continue to affect athletes participating across the nation, in a variety of sports and at all levels of competition.

Philip Schatz, Ph.D., professor of psychology at Saint Joseph’s University in Philadelphia, studies the effects concussions. He offers insight into why attention to youth concussions is important on a research level — and why they are damaging on a neurological level.

“Parents often ask, ‘How many concussions are too many?’ and for me, the answer is, ‘One!’” says Schatz. “It’s a traumatic brain injury, and every concussion should be taken seriously.”

Schatz’s findings suggest that repeated concussions may have a lasting impact. “Healthy athletes aged 10-22 with two or more previous concussions report more concussion-related symptoms (physical, cognitive, emotional and sleep disturbances) when they show up for pre-season baseline testing,” he says. “These findings could imply that athletes with a history of multiple concussions are experiencing lingering effects, which they report as symptoms, or that kids with a concussion history may just be more familiar with the terms, and therefore more comfortable with reporting symptoms.”

His research, published in the journal Developmental Neuropsychology, also found that 13 to 17-year-old athletes report more symptoms than 18 to 22-year-olds. He notes, “High school is an emotionally dynamic time for adolescents, so perhaps they experience more symptoms. It could also be that athletes ages 10-12 are less familiar with the language, and therefore unable to properly report symptoms.”

According to Schatz, concussion research is moving from professional leagues and high schools and colleges, to the middle school and youth leagues, because there are far more kids participating in community leagues.

“Youth athletic programs often have no medical oversight,” he adds. “How many middle school track meets have an EMT on hand for a township soccer game?”