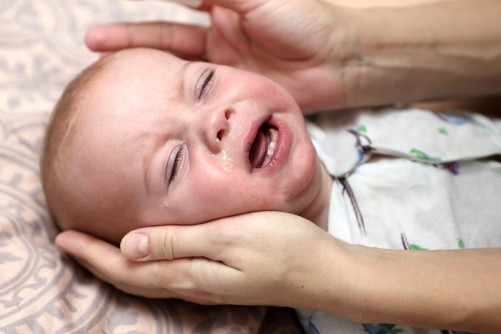 Newswise — ATS 2017, WASHINGTON, DC ─ Viral acute respiratory infections (ARIs) may lead to oxidative stress in some infants, and play a major role in the development of recurrent wheezing in early childhood, according to a new study presented at the 2017 American Thoracic Society International Conference. Oxidative stress is an imbalance between the production of free radicals (atoms that can cause cellular damage in the body) and the ability of the body to counteract their harmful effects through neutralization by antioxidants.

The new research is part of the National Institutes of Health funded Infant Susceptibility to Pulmonary Infections and Asthma Following RSV Exposure (INSPIRE) study, which seeks to understand how viral ARIs in the first year of life affect future childhood respiratory health.

“Our results suggest that oxidative stress plays an important role in the development of recurrent wheezing following viral ARIs in infancy,” said lead author Christian Rosas-Salazar, MD, MPH, from the Monroe Carell Jr. Children’s Hospital at Vanderbilt, Nashville, Tennessee. “This knowledge opens the possibility of both being able to predict who may develop asthma following infant viral ARI and using antioxidants to prevent recurrent wheezing following infant viral ARIs. Actual clinical trials of antioxidants are needed, however, before we can make specific recommendations.”

Dr. Rosas-Salazar and colleagues measured the concentration of F2-isoprostane, which is a marker of oxidative stress, in the urine of 476 infants shortly after birth and then again during a viral ARI. Four-hundred thirty infants were included in the researchers’ analysis, 58 of whom developed a recurrent wheeze. They ruled out other potential causes of the wheezing through a multivariate statistical analysis.

The scientists found no significant association between urine F2-isoprostane concentration and recurrent wheezing for infants when they were first enrolled in the study. Urine F2-isoprostane concentrations were significantly higher, however, during viral ARIs for infants who developed recurrent wheeze than for those who did not.

“The implications of these results are that measuring urine F2-isoprostane concentrations during an infant ARI, an indicator of increased oxidative stress in these young patients, may predict the development of recurrent wheeze,” said Dr. Rosas-Salazar. “To our knowledge there have been no studies examining the effect of antioxidants in recurrent wheezing following infant viral ARIs. Our study results suggest that this could be an effective wheezing prevention strategy following infant viral ARIs, however, research would first need to be done to determine the effects, adequate dosing and safety of certain antioxidant agents in infants before they can be recommended for this use.”

Rationale: Recurrent wheeze is among the most common chronic diseases of childhood and is particularly more common in children with a history of certain viral acute respiratory infections (ARIs) in infancy; however, the pathways leading to the development of recurrent wheeze following infant viral ARIs are largely unknown. Research in adults suggests that

oxidative stress plays an important role in the development of wheezing illnesses. Our objective was to examine whether urine F2-isoprostane concentrations, a marker of oxidative stress, obtained during health or during a viral ARI in infancy are associated with the later development of recurrent wheeze.

Methods: We measured F2-isoprostane concentrations using gas chromatography-mass spectrometry in urine samples obtained at enrollment near birth and/or during a viral ARI in 476 infants from the INSPIRE study. INSPIRE is a population based, longitudinal birth cohort of term, healthy infants with biweekly respiratory surveillance during their first winter viral season and ongoing annual follow-up for the development of childhood wheezing illnesses. Our outcome of interest was recurrent wheeze at age 2 years, which was defined as parental report of ≥3 wheezing episodes since the prior birthday.