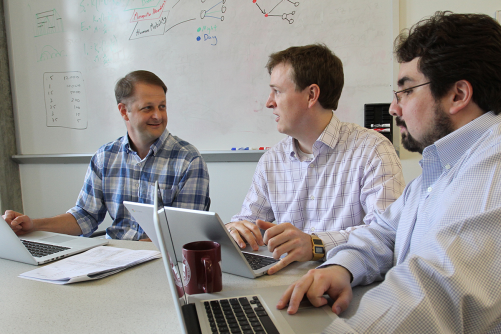 Newswise — Following the news that health officials in Florida have confirmed 14 people north of Miami infected with the Zika virus likely contracted it from local mosquitoes, Virginia Tech’s Bryan Lewis said the new infections were not altogether surprising.

“I predicted that Florida or Texas would have locally transmitted cases by August, and that’s true,” said Lewis, a computational epidemiologist at the Biocomplexity Institute of Virginia Tech. “It’s the right mixture of conditions.”

Lewis and researchers in the institute’sNetwork Dynamics and Simulation Science Laboratory use computer models to predict how infectious diseases like Zika might spread through populations. Similar technology was used to track Ebola in 2014.

“Often what happens with an emerging disease is it might be a couple of years and people wonder if it will ever get to the U.S.,” Lewis said. “Whereas with Zika it was sort of moving at this pretty rapid pace.”

“We’re in the lucky position of being alert to this particular disease and have had several months of lead time and are going to be able to take action and additional measures.”

Lewis and colleagues now hope to use data gleaned from the newest reported Zika cases - including climatic information, geographics, demographics, and information about the location and timeframe of individual exposures – to refine their computer simulations and help forecast the spread of the disease. These models can then help policymakers develop and assess various courses of action to combat the disease.

“Getting some information about the particular cases is very informative as we try to model them to the United States,” Lewis said. “In some ways, having U.S. transmission cases gives us a whole new training set with much better data.”

Our studioVirginia Tech’s television and radio studios can broadcast live HD audio and video to networks, news agencies, and affiliates interviewing Virginia Tech faculty, students, and staff. The university does not charge for use of its studios. Video is transmitted by LTN Global Communications and fees may apply.