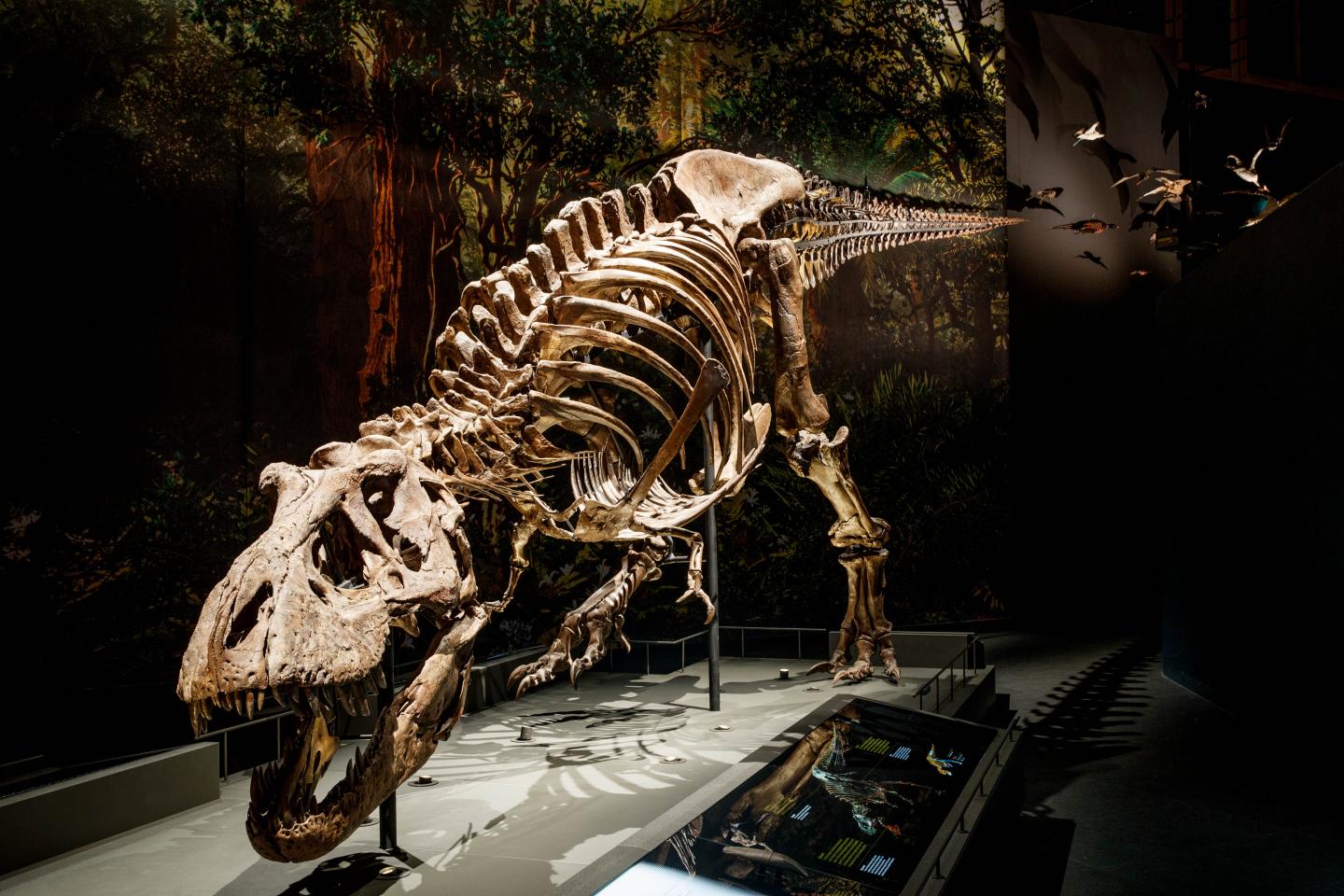 The skeleton of Trix at Naturalis Biodiversity Center 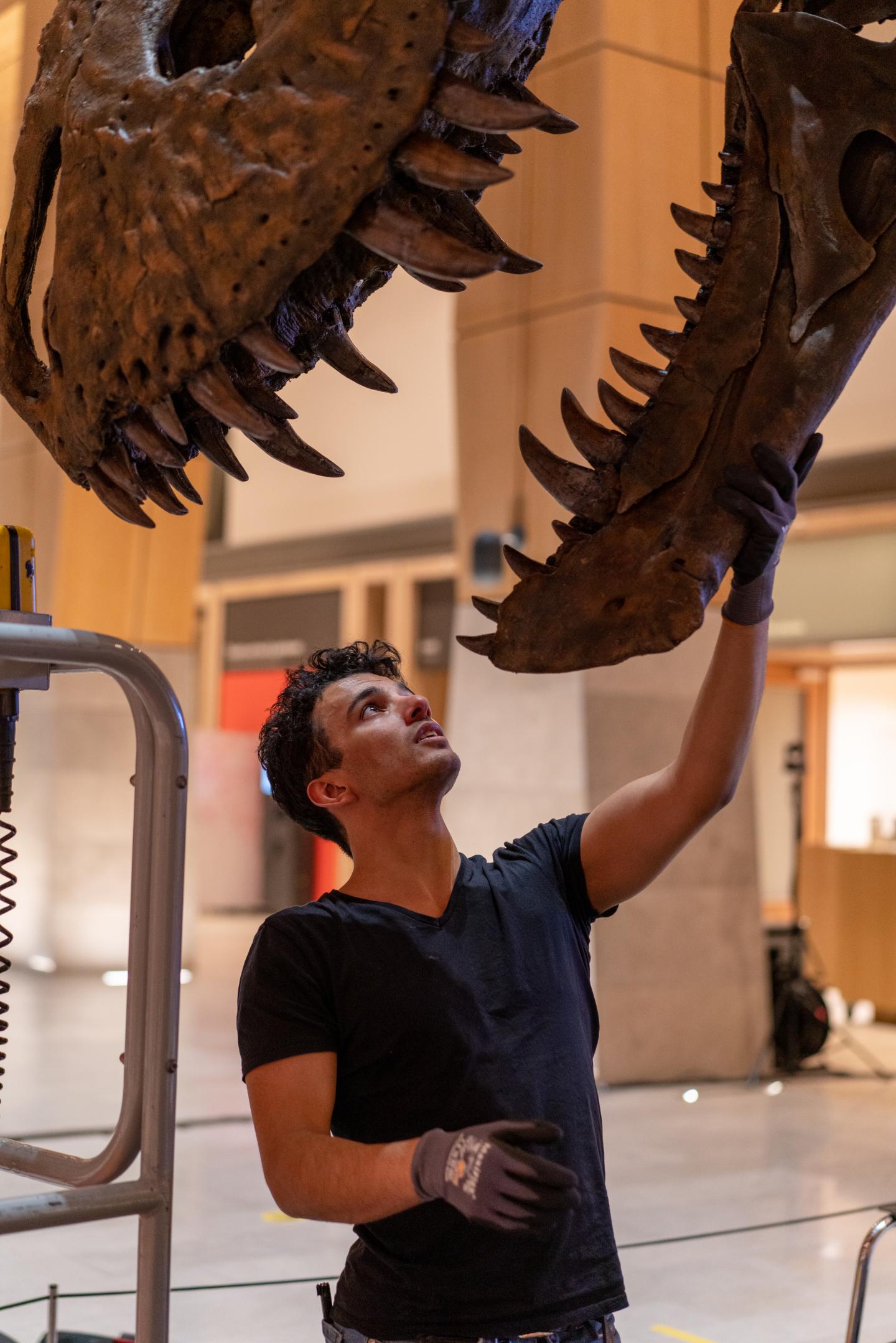 Student Pasha van Bijlert with a replica of Trix, the Tyrannosaurus rex he modeled as part of his thesis.

Newswise — Humans and animals have a preferred walking speed. This is, in part, influenced by the amount of energy required: they prefer to walk at the speed at which they use the lowest possible amount of energy. One of the ways to achieve this is using something called resonance.

You already know how it works: when you are on a swing, you can't just swing at any speed. If you want to do it properly, you have to get the timing right, and swing in the rhythm of the swing. In other words: you have to resonate with it. And when you're on a nice relaxing walk, the parts of your body resonate, too. Walking slightly slower doesn't require less energy: you notice that it's actually harder.

This works for animals that walk on four feet, and for two-legged animals like humans and ostriches. Pasha van Bijlert, student Human Movement Sciences at the Vrije Universiteit in Amsterdam (VU), applied the idea to an animal that walked differently from anything walking the earth right now: Tyrannosaurus rex. These carnivorous dinosaurs didn't just have two legs, they also had an enormous tail that helped them move around.

Like the bones in our necks, the bones in tails are held together by ligaments. "You could compare it with a suspension bridge", Van Bijlert explains. "A suspension bridge with a ton of muscle in it." Every step the tail swings up and down. That means that like the swing, it has a natural frequency at which it resonates.

To find out what that frequency is, Van Bijlert and his professors Anne Schulp (Naturalis/Utrecht University) and Knoek van Soest (VU) built a 3D model of Trix, the Tyrannosaurus rex on display at the Dutch National Museum of Natural History, Naturalis. They added digital muscles to the famous skeleton, and on this muscular model they could perform biomechanical analyses. From these, they derived the natural frequency and a prefered walking speed: 4.6 km/h (2.9 mph). So, when Trix was out on a stroll, she walked at roughly the same speed as you do. If you had a pet T. rex, you would have no problem walking it - in terms of speed, at least.

Van Bijlert, Van Soest and Schulp published their findings in the journal Royal Society Open Science this Wednesday. "There were already some studies investigating dinosaur walking speed, but they mostly looked at the legs and ignored the tail - which is what makes dinos so unique", Van Bijlert says. "They usually found much higher walking speeds. The one we calculated is lower, but it's similar to that of other animals."

Caption: The skeleton of Trix at Naturalis Biodiversity Center

Caption: Student Pasha van Bijlert with a replica of Trix, the Tyrannosaurus rex he modeled as part of his thesis.