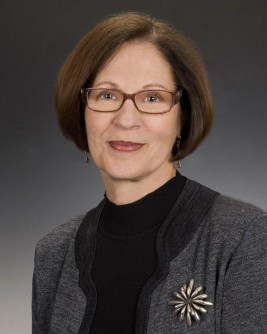 The American Association of Critical-Care Nurses honors its former CEO Wanda Johanson with the 2014 Marguerite Rodgers Kinney Award for a Distinguished Career.

She will receive the award for exceptional contributions throughout her 45-year career that enhanced the care of critically ill patients and their families and furthered AACN’s mission and vision. The presentation will occur during the 2014 National Teaching Institute & Critical Care Exposition, Denver, May 17-22.

“Wanda is one of our community’s rare members who has fulfilled roles across the entire spectrum of our association,” said AACN national president Vicki Good, RN, MSN, CENP. “She has served as chapter leader, a national volunteer, board member, president, national office staff member and then returned to become CEO.”

During Johanson’s 14-year tenure as CEO, the association doubled its membership and gained a solid financial standing that allows investment in innovations that advance AACN’s mission without needing to increase membership dues.

The association now has more than 100,000 members, and the number of nurses credentialed through AACN Certification Corporation has grown from 38,000 to 85,000 .

As CEO from 1999 to 2013, Johanson guided the organization’s three companies — AACN, AACN Certification Corporation and The InnoVision Group — toward attaining their respective mission and vision while optimizing their synergistic relationship.

She led the organization through the development of important initiatives, such as the widely cited Healthy Work Environment standards and numerous transformative programs, including AACN Clinical Scene Investigator (CSI) Academy.

“Wanda brilliantly galvanized this community, showing us what it means to be an authentic leader,” said Dana Woods, who succeeded Johanson as AACN CEO earlier this year. “Her exceptional leadership has earned AACN the reputation for being the gold standard of nursing organizations.”

Johanson initially joined the staff of AACN’s national office in 1993 as director of professional development/ethics and vice president of operations for The InnoVision Group, where she directed the startup of this for-profit subsidiary of AACN.

Her service with AACN began as co-founder and president of the Puget Sound Chapter, Seattle, while she was a staff nurse and she quickly advanced to national service as board member, chair of the AACN Certification Corporation board of directors and president of the association in 1991-92.

As an AACN leader, Johanson passionately advocated for a patient-driven healthcare system in which nurses could make their optimal contribution. Credited as the leader who developed the association’s vision that focused on nurses’ contribution to the care of critically ill patients and families, she was instrumental in the development of AACN Standards for Establishing and Sustaining Healthy Work Environments.

Johanson began her nursing career in 1969, advancing into nurse leadership and administrative roles at hospitals and healthcare organizations in Missouri, Washington and North Carolina.

AACN honored Johanson’s contributions as a volunteer member with the coveted Lifetime Member Award. She is a member of the American Organization of Nurse Executives, American Society of Association Executives and Sigma Theta Tau International.

About the Marguerite Rodgers Kinney Award: Established in 1997 and named for a past AACN president, the Marguerite Rodgers Kinney Award for a Distinguished Career recognizes extraordinary and distinguished professional contributions that further AACN’s mission and vision of a healthcare system driven by the needs of patients and families where acute and critical care nurses make their optimal contribution. Recipients of this Visionary Leadership Award receive a $1,000 gift to the charity of their choice, lifetime membership in AACN and a crystal replica of the presidential “Vision” icon. Other Visionary Leadership Awards, AACN’s highest honor, include Lifetime Member Award, Honorary Member Award and the GE Healthcare-AACN Pioneering Spirit Award.