Want to Be a Superhero? Help Your College Peers Curb Sexual Assaults, Cheating, Suicides and Racism

17-Sep-2015 11:05 AM EDT, by The University of Texas System Edit Institution
favorite_border 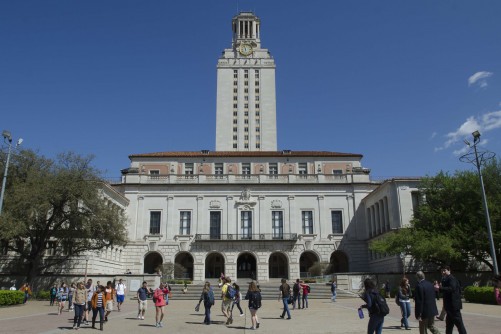 Newswise — AUSTIN—The University of Texas System is teaching its students a valuable lesson they won’t find in their textbooks: how to save their peers from harmful situations.

The System is launching a three-year initiative this fall to teach students intervention strategies to help prevent suicides, sexual assaults, high-risk drinking, hazing, hate speech and academic dishonesty, among others. Known as the UT System Bystander Intervention Initiative, a $1.4-million allocation from the Board of Regents that’s funding the program at all eight UT System academic campuses to teach students how to keep their peers healthy and safe.

“The health and well-being of students across the UT System is of the utmost importance to me,” UT System Chancellor William H. McRaven said. “The Bystander Intervention Initiative is a comprehensive approach to empower our students with the knowledge to improve their campus environment and make a difference in someone else’s life.”

Through social media and text messages, as well as face-to-face interaction in personal, classroom and social settings, UT System students are in a unique position to observe the red flags of developing crises. The Bystander Intervention Initiative seeks to provide students with the tools and motivation to intervene, helping make UT System campuses safer.

“Oftentimes, a situation turns into a crisis because there was no intervention,” said Wanda Mercer, Ed.D., UT System’s associate vice chancellor for student affairs. “We are teaching college students civility, how to respect and care for each other.”

For example, UT Austin has developed an initiative called “BeVocal”, which partners with units across campus to empower Longhorns with the skills to collectively prevent and reduce harm. BeVocal’s message is being delivered through social media, poster campaigns, postcards, student plays at orientation, presentations and other avenues.

“While different types of harm exist in college — the three steps of recognizing the harm, choosing to respond and taking action — will be consistently applied to multiple student issues throughout our university’s campaign,” said Chris Brownson, Ph.D., UT Austin’s associate vice president for student affairs and the System-wide Bystander Intervention Initiative project leader. “Each System campus has the autonomy to craft its own initiatives to meet the unique needs of its student body. We hope to create a culture of care, and we have developed a solid evaluation process to measure the effectiveness of every campus’ initiative.”

At UT Austin, the BeVocal initiative seeks to educate students about the specific details of intervention phases in the following manner:

First, students need to determine what harm looks like. It includes, but is not limited to: academic dishonesty, high-risk drinking, interpersonal violence such as sexual assault and stalking, mental health issues, suicide, hazing, harassment, racism, sexism or homophobia.

Next, students can choose to respond with strategies that reduce barriers and empower individuals to assume personal and collective responsibility. Some personal barriers include: assuming someone else will respond; deciding the situation is someone else’s responsibility; assuming the problem is not a big deal; being afraid of retaliation; and seeing the situation as personally embarrassing if action is taken.

Motivations to respond include: caring about the person impacted; realizing the consequences of inaction; feeling better about oneself for taking action; knowing that their friends are there for backup; understanding that a situation is wrong and should not be tolerated; and wanting help if the situation happened to them or someone they care about.

The last step is to take action, which can be direct or indirect. Examples of direct action include: asking questions and seeking clarity; creating a distraction; interrupting harm from occurring in the moment; and talking to the person affected to address the situation. Indirect actions could be getting other people involved or calling campus police, campus crisis response teams or other campus intervention units.

“We want people to asses each situation, taking into consideration their own safety and choose appropriate action,” Brownson said.

Mercer added that changing campus culture is not an easy task, but it’s one that’s critical to making college a safer and more enriching experience for students.

When the initiative is completed, Brownson said his team will share the UT System’s results with other state university systems and universities around the country to help them develop their own bystander initiatives.

The Bystander Intervention Initiative is part of a series of UT System initiatives recently launched to help create safer campuses. Last month, the System began a comprehensive sexual assault study on 13 of its campuses to determine the prevalence of sexual violence and provide data to impact existing policies and practices.

About The University of Texas SystemEducating students, providing care for patients, conducting groundbreaking basic, applied and clinical research, and serving the needs of Texans and the nation for more than 130 years, The University of Texas System is one of the largest public university systems in the United States. With 14 institutions and an enrollment of more than 217,000, the UT System confers more than one-third of the state’s undergraduate degrees, educates almost two-thirds of the state’s health care professionals annually and accounts for almost 70 percent of all research funds awarded to public institutions in Texas. The UT System has an annual operating budget of $15.6 billion (FY 2015) including $3 billion in sponsored programs funded by federal, state, local and private sources. With about 20,000 faculty – including Nobel laureates – and more than 70,000 health care professionals, researchers, student advisors and support staff, the UT System is one of the largest employers in the state.