Newswise — The University of Warwick has received over £900,000 to provide essential contributions to the international DUNE experiment, which aims to answer fundamental questions about our universe.

This is part of the latest UK multi-million pound investment in the DUNE global science project that brings together the scientific communities of the UK and 31 countries from Asia, Europe and the Americas to build the world’s most advanced neutrino observatory. The DUNE project has the potential to lead to profound changes in our understanding of the universe.

DUNE (the Deep Underground Neutrino Experiment) is a flagship international experiment hosted by the United States Department of Energy’s Fermilab, which will be designed and operated by a collaboration of over 1,000 physicists across 32 countries.

The investment from UK Research and Innovations’ Science and Technology Facilities Council (STFC) is a four-year construction grant to 13 educational institutions and to STFC’s Rutherford Appleton and Daresbury Laboratories. This grant, of £30M, is the first of two stages to support the DUNE construction project in the UK which will run until 2026 and represents a total investment of £45M.

Various elements of the experiment are under construction across the world, with the UK taking a major role in contributing essential expertise and components to the experiment and facility. UK scientists and engineers will design and produce the principle detector components at the core of the DUNE detector, which will comprise four large tanks each containing 17,000 kg of liquid argon. The UK groups are also developing a state-of-the art, high speed data acquisition system to record the signals from the detector, together with the sophisticated software needed to interpret the data and provide the answers to the scientific questions.

A team in Warwick, led by Dr. John Marshall, are leading the development of software algorithms capable of automatically reconstructing neutrino interactions in the DUNE detectors. The first phase of funding announced today awards the Warwick group £961,000 for this development work to continue into the construction phase of the project so that when the detector takes first data, from 2026, scientists will be in an optimal position to extract the physics.

Head of the University of Warwick experimental particle physics group, Professor Gary Barker, who is also the PI of the DUNE project in the UK, said: “Software developed by the Warwick group applies forefront computational techniques that turn the raw signals from DUNE into physics measurements. This new grant recognises the world-leading expertise of Warwick in this area and will allow us to continue our lead role inside the collaboration.”

The DUNE project aims to advance our understanding of the origin and structure of the universe. It will study the behaviour of particles called neutrinos and their antimatter counterparts, antineutrinos. This could provide insight as to why we live in a matter-dominated universe while anti-matter has largely disappeared.

DUNE will also watch for supernova neutrinos produced when a star explodes, which will allow the scientists to observe the formation of neutron stars and black holes, and will investigate whether protons live forever or eventually decay, bringing us closer to fulfilling Einstein’s dream of a grand unified theory.

Professor Stefan Soldner-Rembold, head of the Particle Physics Group at the University of Manchester as well as DUNE Co-Spokesperson, commented “DUNE will help to answer fundamental questions that overlap particle physics, astrophysics, and cosmology.”

The international Long-Baseline Neutrino Facility (LBNF) and Deep Underground Neutrino Experiment (DUNE), hosted by the U.S. Department of Energy’s Fermilab, will provide insight into the origin of matter in the universe. LBNF will create the world’s most intense high-energy neutrino beam and send it 1300km from Fermilab in Illinois towards the 70,000 ton DUNE detector one mile underground at the Sanford Underground Research Facility (SURF) in South Dakota. Once constructed, LBNF and DUNE will operate for at least 15 years undertaking a broad and exciting science programme.

Fermilab is America’s premier national laboratory for particle physics and accelerator research. A U.S. Department of Energy Office of Science laboratory, Fermilab is located near Chicago, Illinois, and operated under contract by the Fermi Research Alliance LLC, a joint partnership between the University of Chicago and the Universities Research Association, Inc. Visit Fermilab’s website and follow us on Twitter.

More information about the facility and experiment can be found at:

UK involvement with the DUNE collaboration is through STFC and the following universities: Birmingham, Bristol, Cambridge, Durham, Edinburgh, Imperial, Lancaster, Liverpool, UCL, Manchester, Oxford, Sheffield, Sussex and Warwick. They provide essential expertise and components to the experiment and facility. This ranges from the high-power neutrino production target, the readout planes, accelerator development associated with PIP-II and data acquisitions systems to the reconstruction software.

STFC manages the UK’s investment in the international facility, giving UK scientists and engineers the chance to take a leading role in the management and development of the DUNE far detector and the LBNF beam line. The STFC Technology Department is also involved in the data acquisition system for the detector and in designing a high power neutrino production target. 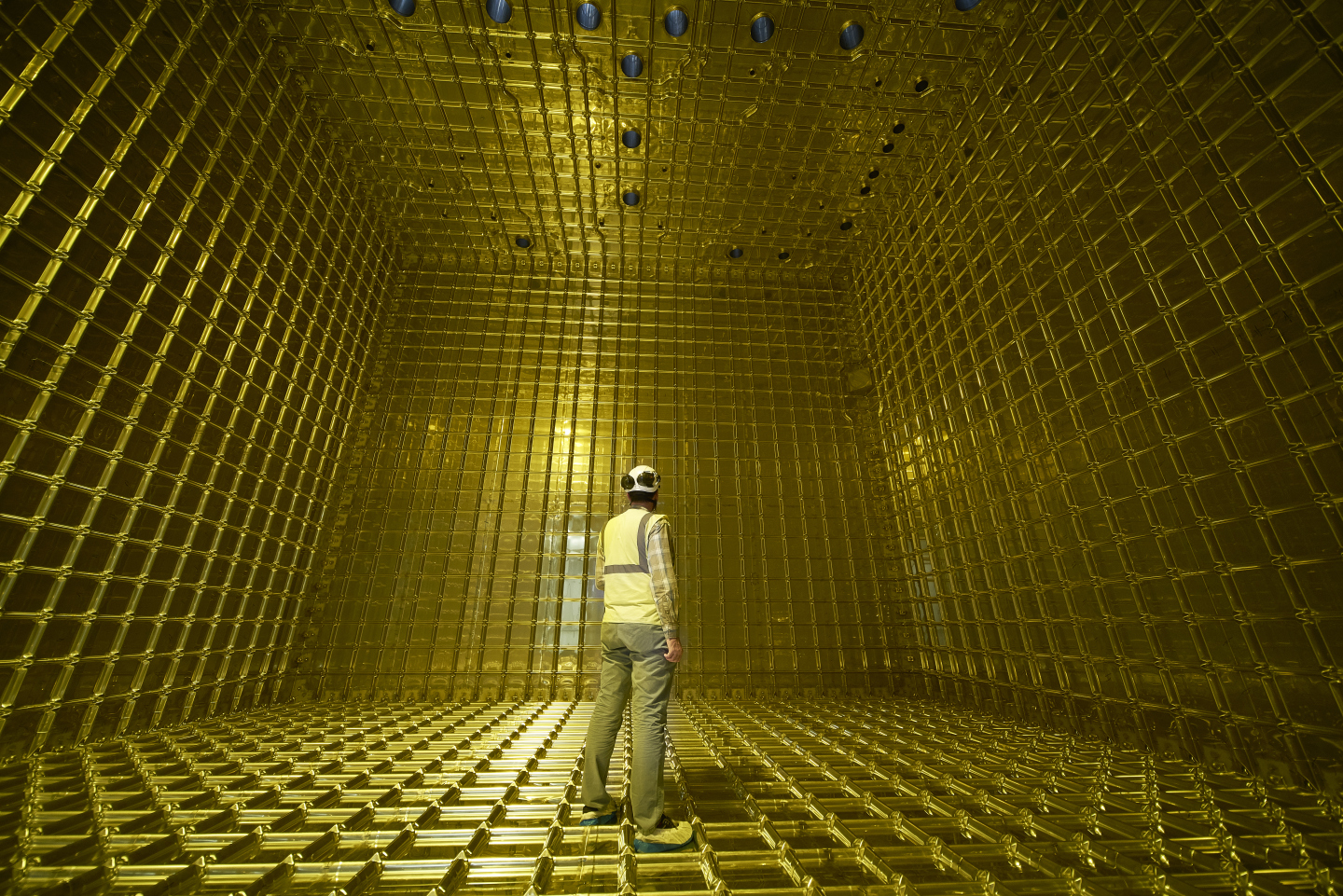 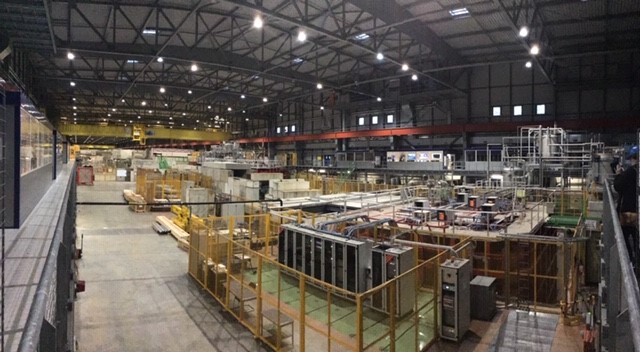