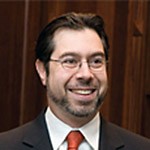 Newswise — The United States has the highest corporate income tax rate in the developed world.

As a result, many U.S. companies are turning to tax inversions — reincorporating overseas by getting acquired by a smaller company in a country where the corporate tax rate is lower.

During the past year, major corporations, including Chiquita Brands International Inc., Mallinckrodt Pharmaceuticals, Abbvie Inc., Applied Materials Inc., and Medtronic Inc., have announced or completed such deals. Walgreen Co. is rumored to be planning one.The Congressional Research Service estimates that corporate inversion deals could cost the U.S. Department of the Treasury $19 billion over 10 years.

Adam Rosenzweig, JD, professor of law at Washington University in St. Louis, is an expert on international tax law. He comments on inversions, their recent popularity and options to stop them.

What is tax inversion?

“The U.S. government taxes the worldwide income of domestic corporations, which are defined as corporations organized under the laws of the U.S., or a state of the U.S,” Rosenzweig said. “However, income earned in foreign corporate subsidiaries is not taxed until it is paid up to the parent as a dividend, or constructively paid, either by moving the money to another subsidiary or investing in U.S. property. So even under current law, U.S. companies, for the most part, do not pay U.S. tax on foreign income, but only if they leave the cash offshore.

“The idea behind these ‘second wave’ inversions is that, for future foreign income, the inverted company can access the cash without paying U.S. tax. Notwithstanding the inversion, the historic earnings of the former U.S. company will remain subject to U.S. tax if they are ever moved to another subsidiary or invested in U.S. property, absent some complex tax structuring or planning, which many of these companies likely intend to implement.”

Why do corporations undertake inversions?

“In effect, these are companies whose business model is ‘becoming foreign,’ and thus want to become foreign from a tax standpoint as well. Under current law, these companies would have to engage in complex legal and accounting maneuvers to continue to keep the foreign earnings ‘permanently reinvested’ offshore. The idea of inverting is to avoid these complications.”

Why are inversions becoming so popular now?

“The idea of mergers-and-acquisitions-based inversions has been well known since the enaction of the American Jobs Creation Act of 2004, which included anti-inversion legislation,” Rosenzweig said. “I believe we are seeing a flurry of these deals — not because anything has changed from a tax standpoint since then, but because U.S. stocks are at all-time highs and interest rates at all-time lows — making mergers and acquisitions very cheap right now. U.S. companies are looking to do deals, and if they already plan to merge with a foreign company, they might as well expatriate at the same time.

“The 2004 legislation was supposed to kill inversions by requiring the shareholders of any foreign acquirer to own more than 20 percent of the U.S. company to avoid these rules. This worked for so-called ‘naked’ inversions, where the U.S. company simply merged into a foreign shell and the former shareholders of the company owned virtually all of the foreign company afterwards. But it was not effective for mergers-and- acquisitions-based inversions with real foreign companies.”

“The proposed Stop Corporate Inversions Act of 2014 would raise this threshold to 50 percent of the U.S. company,” Rosenzweig said. “This could potentially lead to unintended consequences. For example, larger foreign companies could buy out smaller U.S. competitors because there will be a tax advantage to doing so.

“In effect, the proposed legislation could be thought of as an unintended subsidy for foreign companies to buy up U.S. competitors through the tax savings they could achieve. While the proposed change would be successful in stopping mergers such as Abbvie/Shire, where the Shire shareholders would only own approximately 25 percent of the combined company, it potentially could actually encourage deals like AstraZeneca/Pfizer, which are much closer in size.”