Watching Thoughts — and Addiction — Form in the Brain 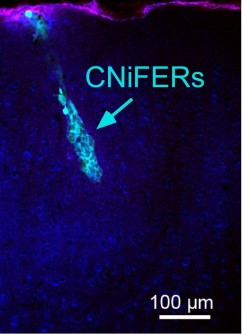 EMBARGOED FOR RELEASE: Monday, Aug. 22, 2016, 5 a.m. Eastern Time Note to journalists: Please report that this research will be presented at a meeting of the American Chemical Society. A press conference on this topic will be held Monday, Aug. 22, at 9:30 a.m. Eastern time in the Pennsylvania Convention Center. Reporters may check in at Room 307 in person, or watch live on YouTube http://bit.ly/ACSlivephiladelphia. To ask questions online, sign in with a Google account.

Newswise — PHILADELPHIA, Aug. 22, 2016 — More than a hundred years ago, Ivan Pavlov conducted what would become one of the most famous and influential psychology studies — he conditioned dogs to salivate at the ringing of a bell. Now, scientists are able to see in real time what happens in the brains of live animals during this classic experiment with a new technique. Ultimately, the approach could lead to a greater understanding of how we learn, and develop and break addictions.

Scientists will be presenting their work today at the 252nd National Meeting & Exposition of the American Chemical Society (ACS). ACS, the world’s largest scientific society, is holding the meeting here through Thursday. It features more than 9,000 presentations on a wide range of science topics.

The study presented is part of the event: “Kavli symposium on chemical neurotransmission: What are we thinking?” It includes a line-up of global research and thought leaders at the multi-disciplinary interfaces of the Brain Research through Advancing Innovative Neurotechnologies (BRAIN) Initiative with a focus on chemists’ contributions. The effort was launched in 2013 by the Obama Administration to enable researchers to study how brain cells interact to form circuits.

“We developed cell-based detectors called CNiFERs that can be implanted in a mouse brain and sense the release of specific neurotransmitters in real time,” says Paul A. Slesinger, Ph.D., who used this tool to revisit Pavlov’s experiment. Neurotransmitters are the chemicals that transmit messages from one neuron to another.

CNiFERs stands for “cell-based neurotransmitter fluorescent engineered reporters.” These detectors emit light that is readable with a two-photon microscope and are the first optical biosensors to distinguish between the nearly identical neurotransmitters dopamine and norepinephrine. These signaling molecules are associated respectively with pleasure and alertness.

Slesinger, of the Icahn School of Medicine at Mount Sinai in New York, collaborated on the project with David Kleinfeld, Ph.D., at the University of California at San Diego. Their team conditioned mice by playing a tone and then, after a short delay, rewarding them with sugar. After several days, the researchers could play the tone, and the mice would start licking in anticipation of the sugar.

“We were able to measure the timing of dopamine surges during the learning process,” Slesinger says. “That’s when we could see the dopamine signal was measured initially right after the reward. Then after days of training, we started to detect dopamine after the tone but before the reward was presented.”

Slesinger and colleagues will also share new results on the first biosensors that can detect a subset of neurotransmitters called neuropeptides. Ultimately, Slesinger says they’d like to use this sensing technique to directly measure these neuromodulators, which affect the rate of neuron firing, in real time.

Other presentations include: 21st-century neuroscience: A chemist’s perspective Watching neural activity in the dish and in the brain In vivo electronic neurotransmitter sensing

The view of modern neuroscience is that the fundamental units within the brain are not molecules or individual cells, but information processing cellular networks, or circuits. This viewpoint can be troubling and perplexing to chemists, who often think about biological systems from a molecular perspective. The challenge for chemistry is how to target and manipulate these circuits, which are made up of cells that express many ubiquitous molecules. One answer to this challenge to combine the cellular specificity of genetic techniques with the molecular specificity of pharmacological agents. Such emerging "cell-type specific pharmacology" approaches are allowing signaling pathways in defined cell types to be selectively probed in complex tissues such as the brain.

Watching neural activity in the dish and in the brain

To study a neural circuit, one would like to stimulate and to record from many neurons, with high resolution in space and time. To achieve this goal in intact brain tissue, one must surmount several technical challenges: membrane voltage has little endogenous contrast, so one must develop contrast agents to convert membrane voltage into an optical signal. Action potentials are very brief, typically only ~1 ms in duration, so one must image quickly. Brain tissue scatters light strongly and has strong autofluorescence, so one must perceive minute flickers in a glowing haze. I will describe advances in optogenetic probes, microscopy instrumentation, and software algorithms that bring us closer to the dream of optically targeted mapping of neural function in vivo.

Neuromodulators are essential molecules in the regulation of brain states, defining an animal's level of arousal and attention, as well as having roles in addiction and mental disorders. Neuromodulators are released into the extrasynaptic space, diffuse over long distances, i.e., volume transmission, and produce long-lasting modulatory effects in the brain. A formidable obstacle in neuroscience has been the lack of tools for observing when and where neuromodulator signals are generated in the brain. We have developed implantable cell–based neurotransmitter fluorescent engineered reporters (CNiFERs) to study the release of dopamine and norepinephrine neuromodulators in vivo. The molecular architecture of CNiFERs allows for creation of new CNiFERs to optically detect potentially any molecule that signals through a GPCR.

Identifying artificial neurotransmitter receptors from synthesized combinatorial libraries is key to advancing chemical selectivity for neurotransmitter sensing in vivo. We have developed a number of avenues for controlled placement and ligation of small molecules on nanoengineered substrates that enable selection of molecular recognition elements. We discovered methods of patterning small-molecule substrates with features as small as tens of nanometers and patterns over millimeters. As such, we have identified a set of design rules that achieve high degrees of specific and selective biomolecule recognition of immobilized small molecules. Recent advances include identification of surface-patterned neurotransmitters by nucleic acid aptamers, highly optimized substrate-mediated DNA hybridization, and field-effect transistor electronic neurotransmitter sensing. Small-molecule-functionalized nanomaterials are generalizable for a wide range of biosensing and bioengineering applications.

Abstract: To be determined

Brain Chemistry for the People

The human brain is an amazingly complex computational organ with information flowing along electrochemical gradients and processed by chemical neurotransmission at trillions of synapses. The investigators participating in the National Institute of Health’s (NIH) Brain Research through Advancing Innovative Neurotechnologies (BRAIN) Initiative are opening technological doors to enhance our understanding of how information is encoded and processed in networks of cells (e.g. circuits) in the brain. Ongoing projects include developing a complete census of the cell types in the brain and inventing new means of invasively and non-invasively interrogating and modulating brain circuit activity. Great challenges lie ahead as the complexity of brain circuitry extends across multiple spatial scales, beginning with the information processing that goes on in a single neuron, to the interactions with its diverse neighbors, to brain-wide networks of cells. In addition, dynamic brain circuit activity occurs at multiple time scales that can stretch from milliseconds to days and even years. The integration of this circuit activity into a constantly changing sensory environment enables every organism’s universe of behaviors. The NIH BRAIN Initiative projects are positioned to provide tools for studies at various points along these spatial, temporal, and behavioral scales. The first set of three-year projects spurred the formation of interdisciplinary research teams to attack major technological challenges. BRAIN reached a budget milestone of $150 million/year for NIH in FY 2016, signaling that the excitement of the BRAIN Initiative will be sustainable through 2025. NIH welcomes input on our plans. We are also looking for strategies to attract innovative chemists to help develop neurotechnologies that will allow precise monitoring and modulation of brain circuit activity.

Chemists to a chemical synapse: imaging and repairing synapses with chemical tools

In this lecture I will discuss our progress on the pursuit of two interconnected long-term goals: visualization and repair of synaptic function with chemical tools. I will describe how this overarching theme led us to the development of conceptually new imaging agents, termed fluorescent false neurotransmitters (or FFNs, in collaboration with Dr. David Sulzer). FFN probes as fluorescent tracers of endogenous neurotransmitters enable microscopic imaging of neurotransmitter release from individual presynaptic sites and form the basis of experimental platforms that afford new insights into functional properties of synapses and effects of drugs. FFNs thus address the key limitations of organic dye sensors including lack of cell targeting and inability to report on neurotransmitter release. I will also discuss the future potential of chemical probes for both visualization and modulation of synaptic function in the mammalian brain.